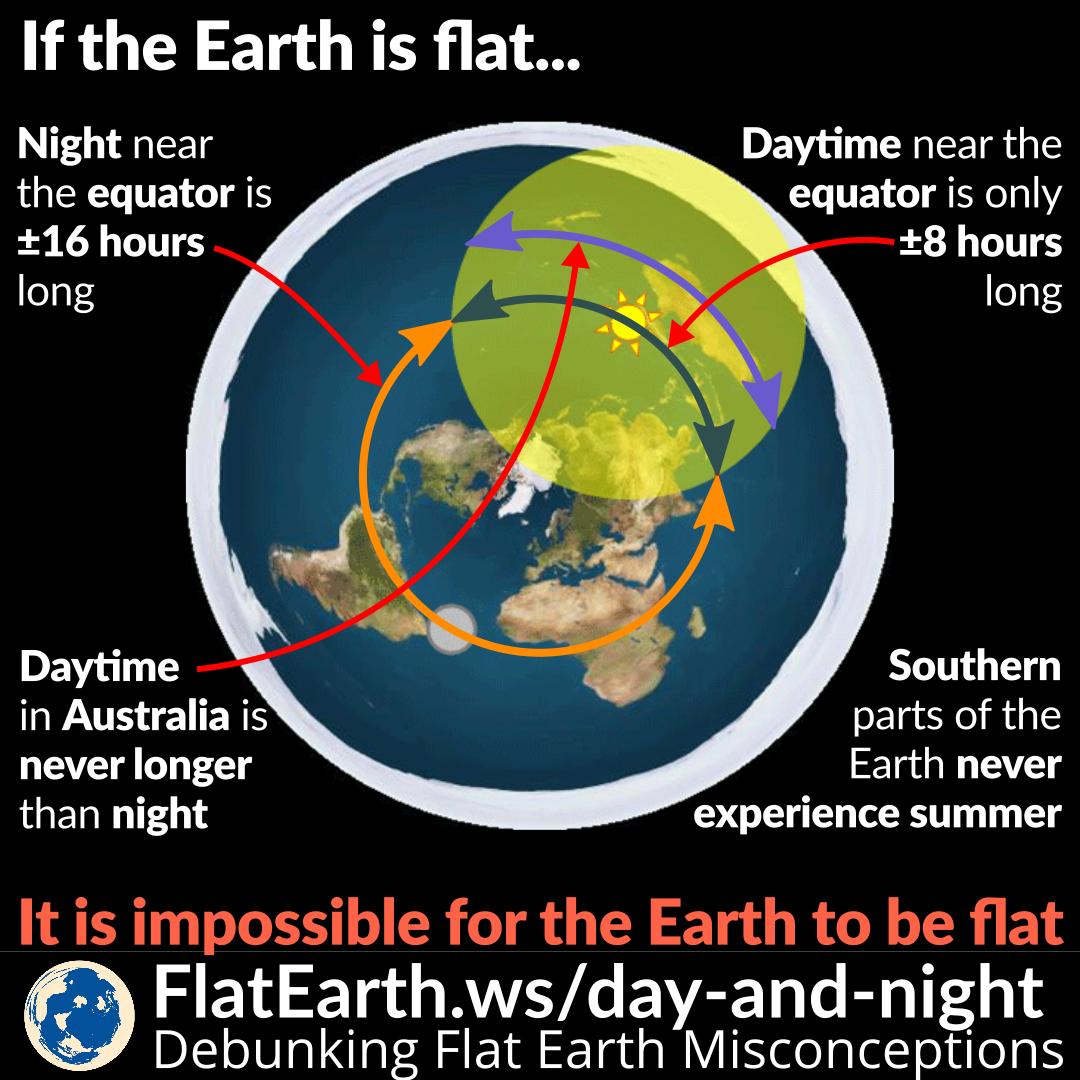 The majority of the flat Earth models place the Arctic Ocean in the middle of the flat Earth, and Antarctica at the edge of it. The Sun is pictured floating and moving in a circle above it. The Sun’s area of light is limited to a circular area below it, like a spotlight.

A problem: a simple observation of day and night cycles in a different area of the world cannot be explained in this flat Earth model.

In such model of the Earth, a day near the equator will last only 8 hours, and night would have been about 16 hours long. Obviously, this is not consistent with real-world observations.

These simple observations are inconsistent with what would happen if the Earth were flat. And the Earth can’t be like what is described by these flat-Earthers, not even close.