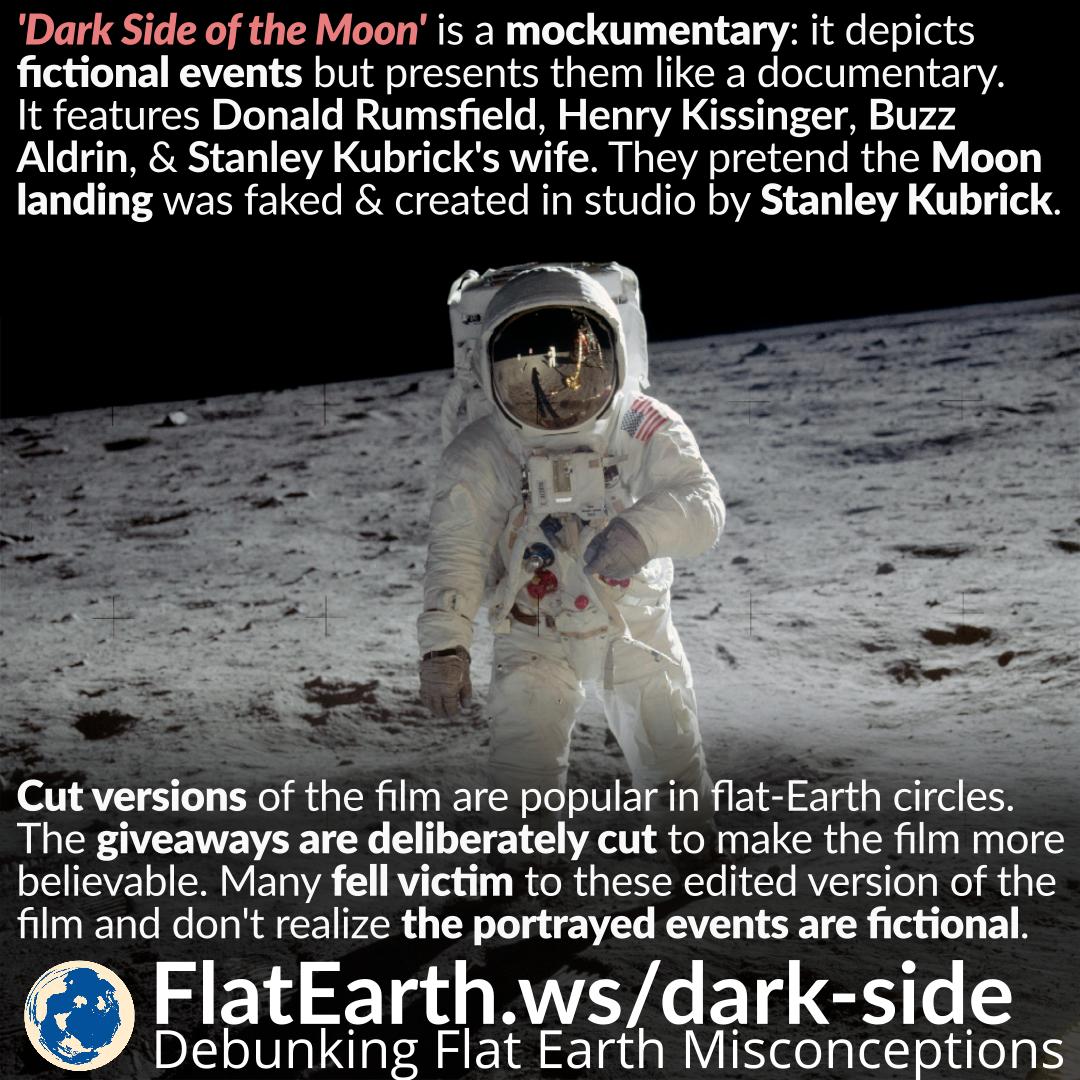 The film ‘Dark Side of the Moon’ is a mockumentary. It is fictional but presented as if it is a real documentary. The film features guests like Donald Rumsfield, Henry Kissinger, Alexander Haig, Vernon Walters, Buzz Aldrin, and Stanley Kubrick’s wife. In the film, they all pretend that the Moon landings were faked, and created in a studio by Stanley Kubrick.

There are many doctored versions of the film circulated on the Internet. Usually, the ‘giveaways’ are cut to make the film more believable. Then, the film is presented as ‘evidence’ that the Moon landings did not happen. Unfortunately, many believe these edited versions of the film and don’t realize the events in the movie are entirely fictional.

The filmmakers inserted giveaways in various parts of the film to inform the audience that the events in the movie are fictional. Usually, they are in the form of obviously wrong dates of actual events. To anticipate the viewers that ‘want to believe.’ They end the film with bloopers, showing the guests laughing over their lines and their inability to remember them.

Unfortunately, some unscrupulous third party took advantage and edited out the giveaways. Less critical viewers are susceptible to this and become victims of this misinformation. Many of those became flat-Earther in the process.

The filmmaker William Karel even got ‘congratulated’ several times for his ‘achievement’ bringing out ‘the truth’ to the public.

Flat-Earthers who are not aware of the film will feel ‘enlightened’ after they watch a doctored version of the film, and are usually very eager to announce their ‘latest finding’ to the whole world. But, all they demonstrate is their critical thinking skill, or the lack thereof.