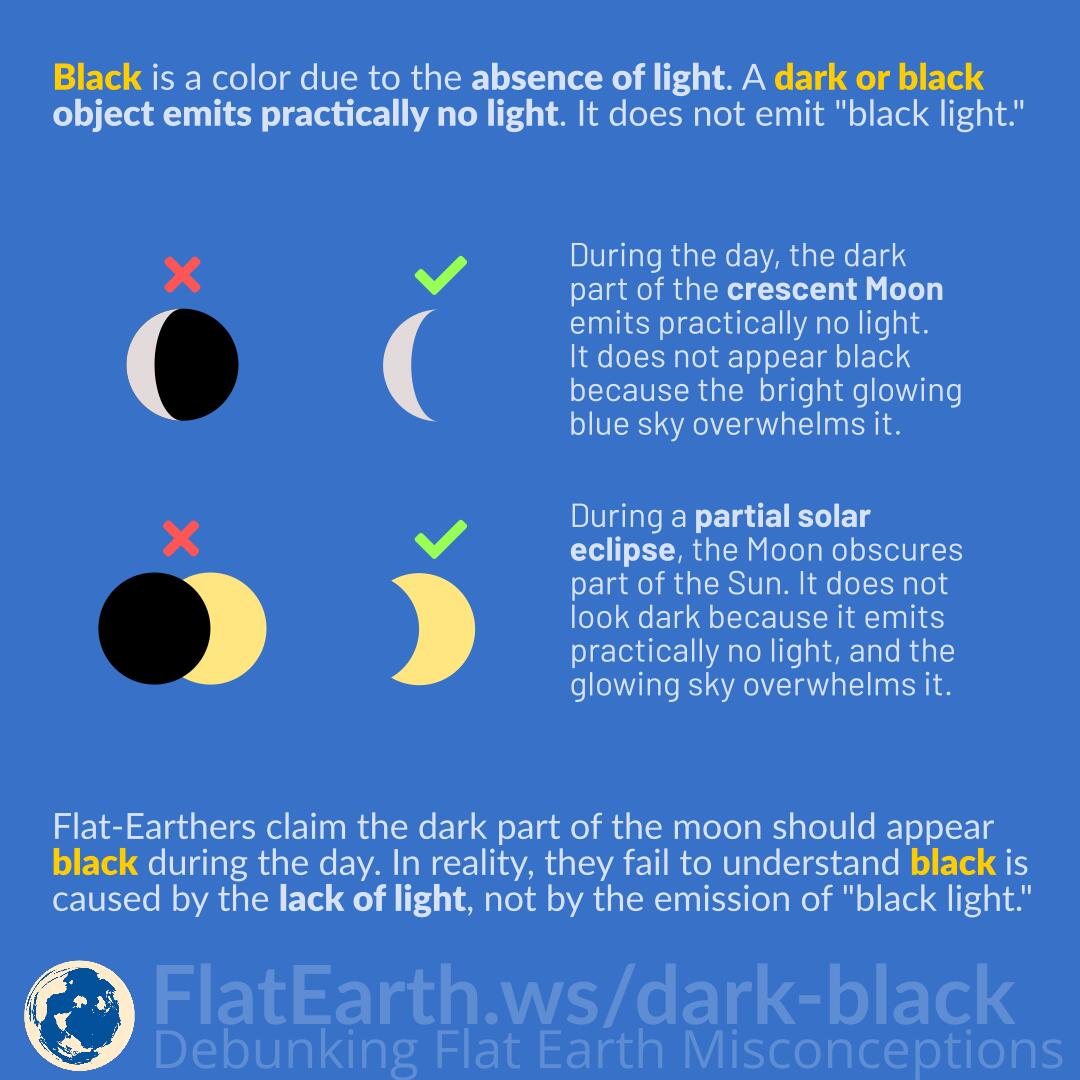 Black is a color that results from the absence of light. A dark or black object emits practically no light. It does not emit “black light.”

Flat-Earthers claim the dark part of the moon should appear black during the day. In reality, they fail to understand that black is caused by the lack of light, not by the emission of “black light.”

During the day, the dark part of the crescent Moon emits practically no light. It does not appear black because the bright glowing blue sky overwhelms it.

The same thing happens during a partial solar eclipse; the Moon obscures part of the Sun. It does not look dark because it emits practically no light, and the glowing sky overwhelms it.

Earth’s atmosphere scatters sunlight in every direction. It causes the sky to glow brightly during the day, even when we do not stare directly toward the sun. This glow is brighter than the light coming from the dark part of the Moon.