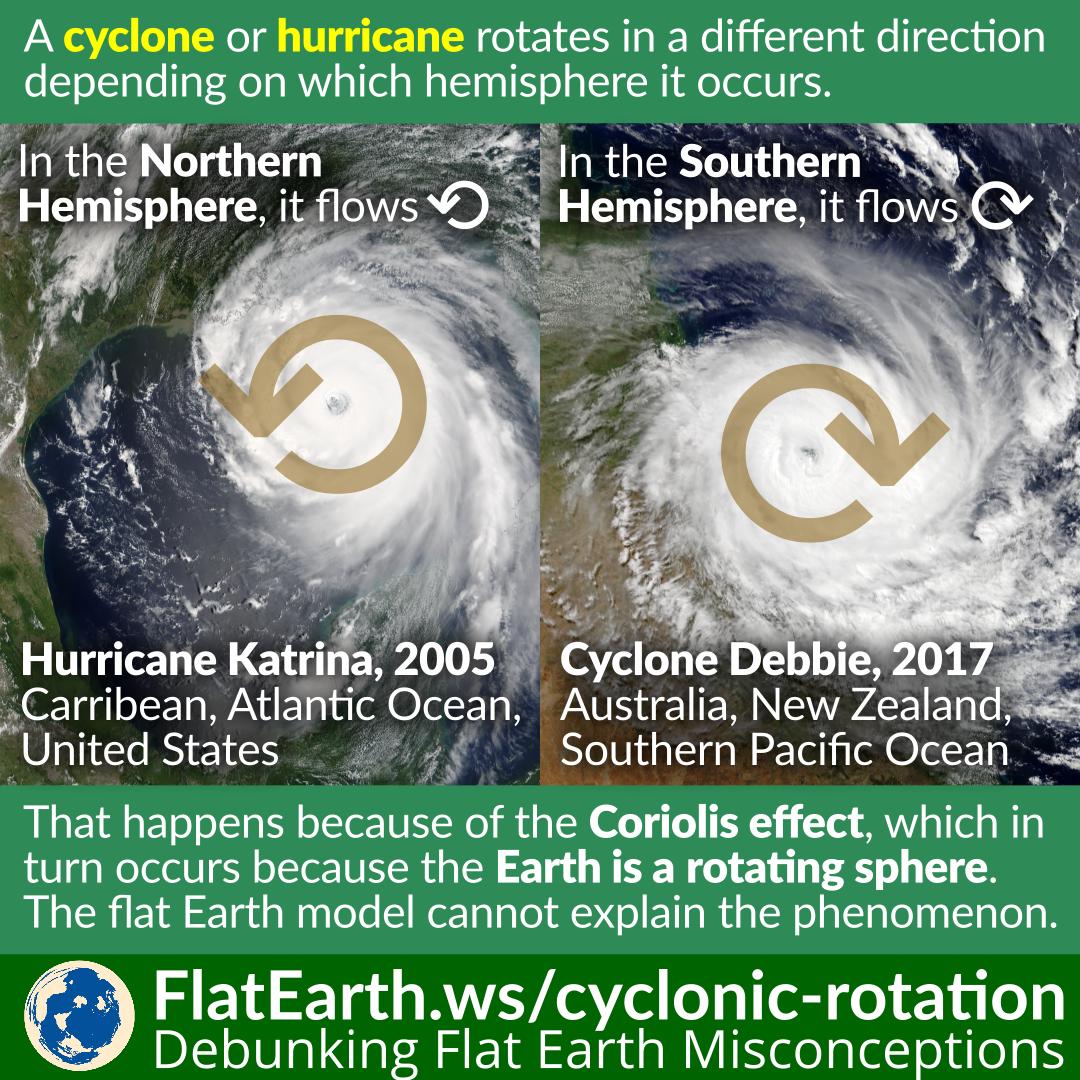 The phenomenon happens because of the Coriolis effect, which in turn occurs because the Earth is spherical and rotating.

This fact also makes a cyclone happens very rarely near the equator. Near the equator, the Coriolis effect is too weak that it is almost impossible for a cyclone to form.

This phenomenon cannot possibly happen if the Earth is flat and motionless.