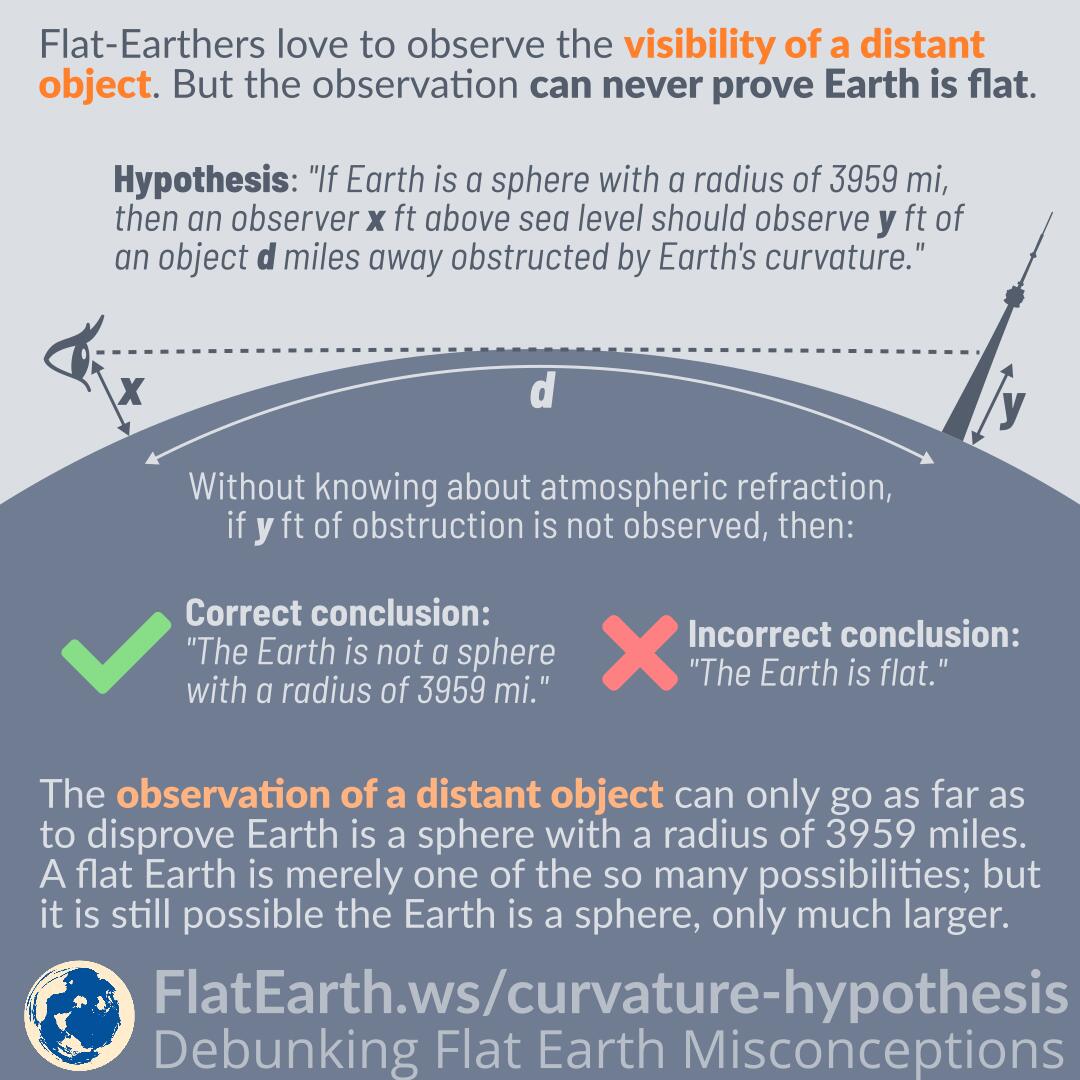 Flat-Earthers love to observe the visibility of a distant object. But the observation can never prove Earth is flat.

The observation of a distant object can only go as far as to disprove Earth is a sphere with a radius of 3959 miles. A flat Earth is merely one of the so many possibilities, but it is still possible the Earth is a sphere, only much larger.

Atmospheric refraction will cause an object geometrically obscured by Earth’s curvature to be still visible up to a point. But for this analysis, we will assume the level of knowledge flat Earthers hold, that we don’t know anything about atmospheric refraction, and pretend it does not exist.

In the best case, flat-Earthers start with a valid statement: “If Earth is a sphere with a radius of 3959 miles, then an observer X ft above sea level should observe Y ft of the bottom part of an object D miles away obstructed by Earth’s curvature.” Many flat-Earthers fail at this step by failing to account for the observer’s height, but even when they manage to be correct, they still cannot prove flat Earth with this observation.

If the amount of the predicted obstruction is not observed, flat-Earthers will take the incorrect conclusion that Earth is flat. In reality, from such an observation, we can only conclude that the Earth is not a sphere with a radius of 3959 miles, where flat Earth is only one of the so many possibilities. It is impossible to positively confirm that Earth is flat from the observation. If the Earth were a sphere, but 1000× larger, it would also give us the same result.

Taking such an invalid conclusion is the fallacy of false dilemma or false dichotomy.