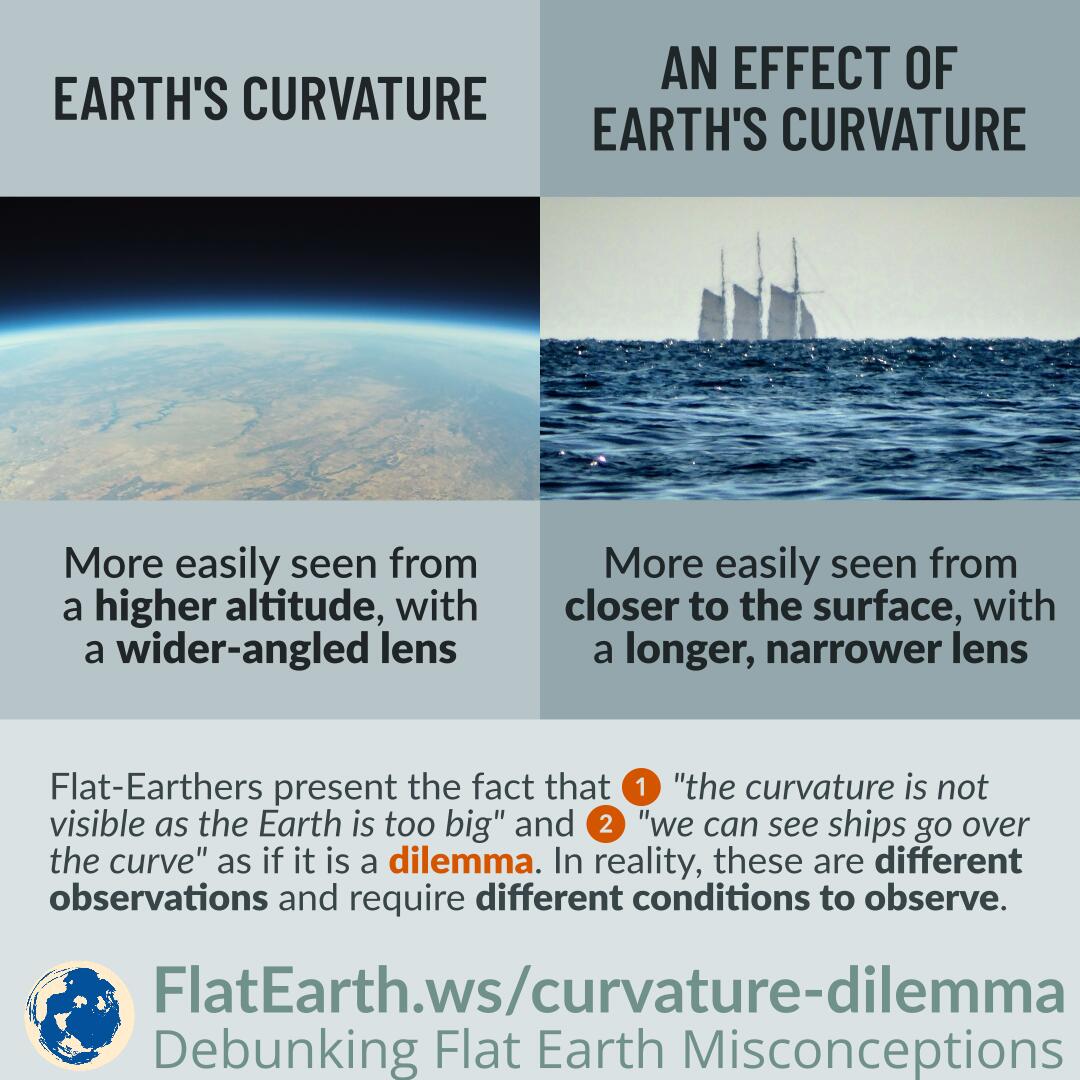 Observing the curvature of the Earth means observing that the surface of Earth is curving. Seeing it is easier if the observer is at a higher altitude. On the other hand, we can observe ships going over the horizon from close to Earth’s surface. Earth’s curvature is the fact inferred from the observation.

Flat-Earthers like to dismiss the appearance of ships going over the curvature by pointing out that the horizon appears flat. In reality, these are two different observations that require different conditions.

Directly observing the curvature is easier if the observer’s position is higher and taken using a wide-angle camera lens. Seeing ships going over the horizon is easier if the observer is closer to the surface and using a long telescope or a telephoto camera lens. It is practically impossible to observe both Earth’s curvature and a ship going over the curve simultaneously.