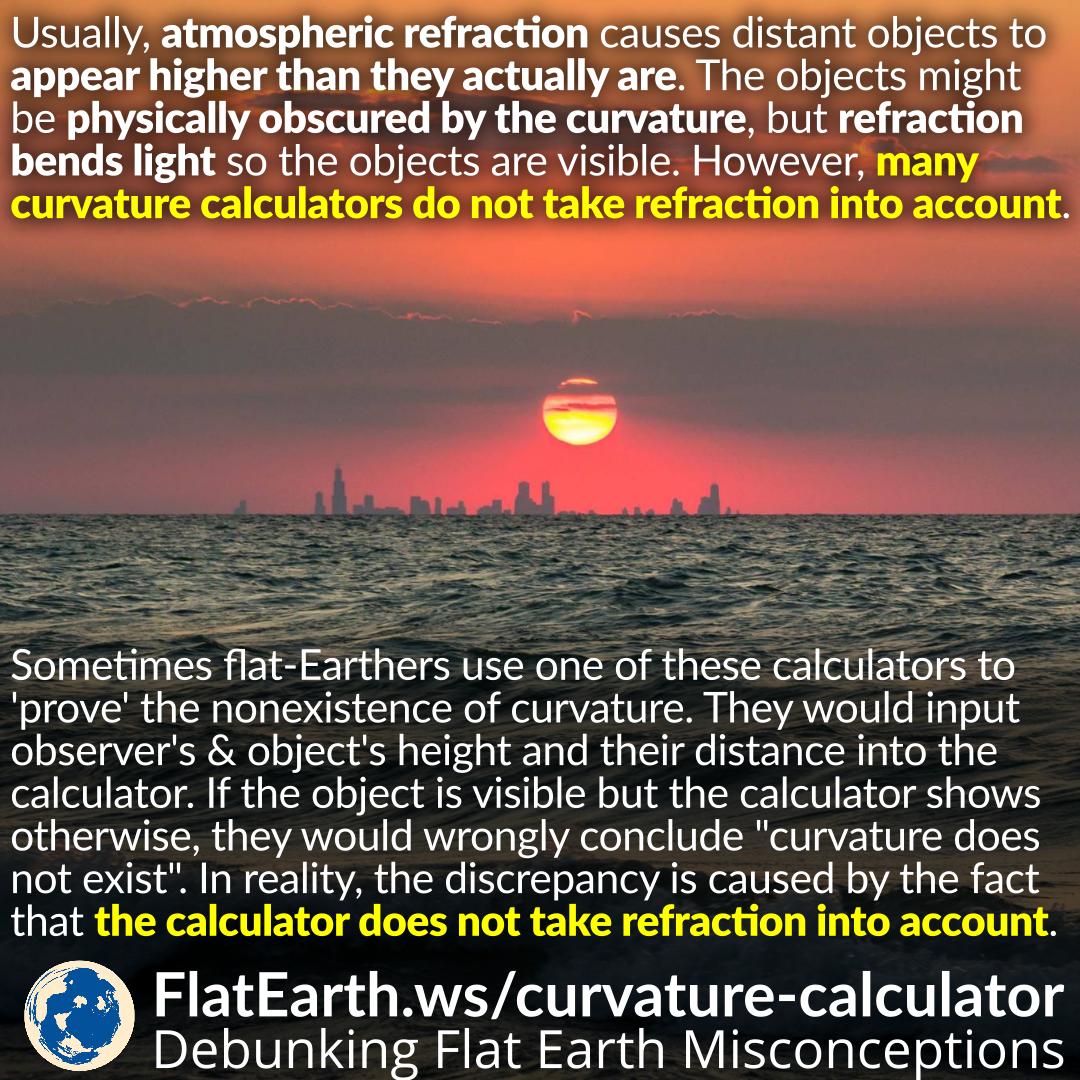 Atmospheric refraction causes a distant object to appear higher than its actual position. As a result, the object can be physically behind Earth’s curvature but is still visible because the light coming from it is refracted by the atmosphere.

There are many curvature calculators and simulation tools that don’t account for refraction. They would give us the correct results indicating the object’s physical positions but fail to show us the correct apparent position of the object when visually observed.

Flat-Earthers are often too happy with the calculator showing them the results they want to see and fail to see the reason for the discrepancy.

To do this ‘research’, flat-Earthers would start from observation or existing pictures. Then they would try to input the observer’s and the object’s height and distance to an online curvature calculator. If the object is visible, but according to the calculator it should be entirely behind the horizon, then they would very quickly conclude “the curvature doesn’t exist.”

They are wrong. The discrepancy is caused by the fact that the calculator does not account for atmospheric refraction.