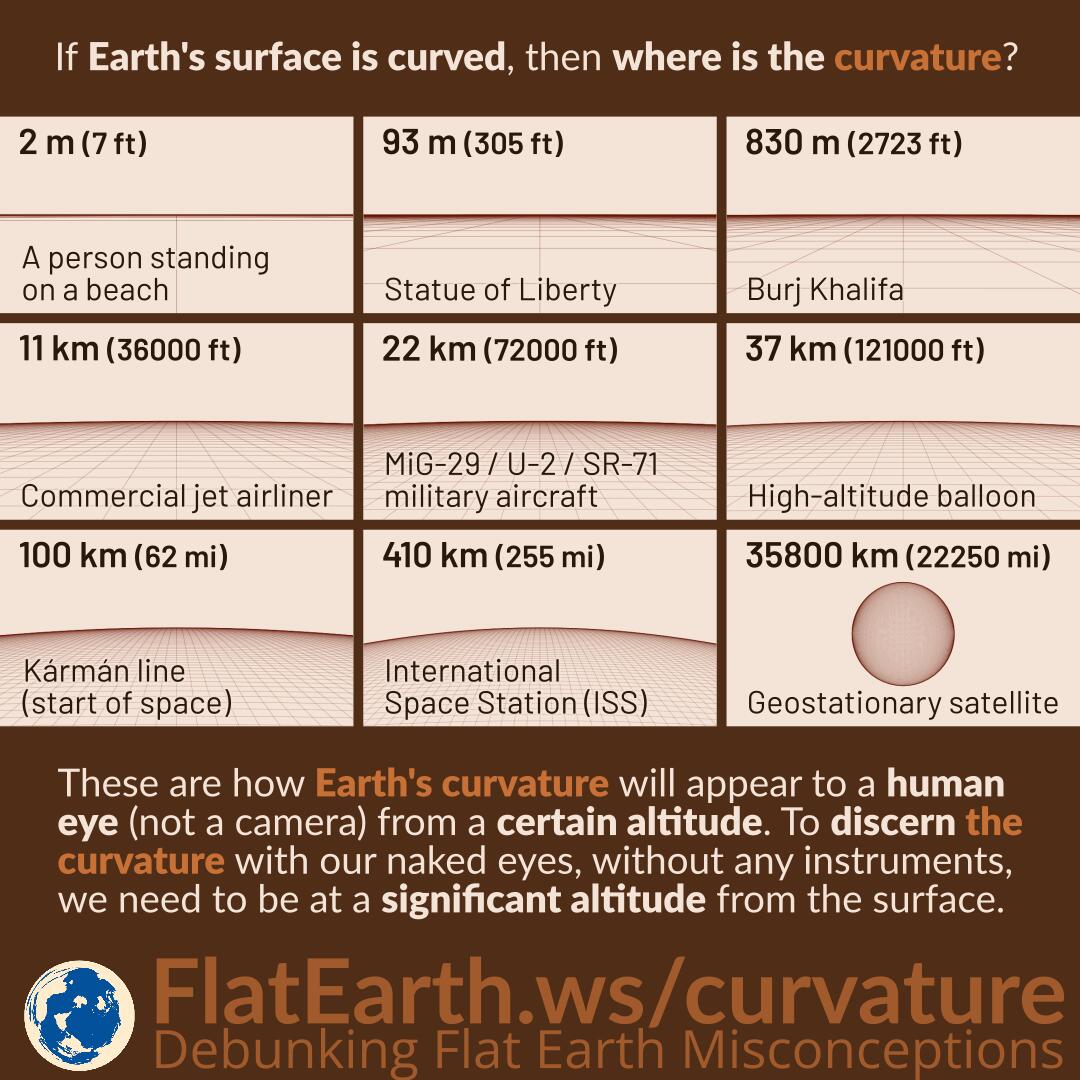 A human eye can only visually perceive the curvature of the Earth if we are at a considerable altitude from the surface, which is still beyond the reach of most humans today. A commercial jet airliner is the highest position realistically attainable by most humans today. We can only perceive very slight curvature at such altitude and, even then, only in an ideal condition.

The basis of flat-Earthers’ belief is that the horizon appears flat. They would say if we cannot see the curvature, then there’s no curvature, and therefore, the Earth is flat. In reality, only a few people can travel high enough to see the curve.  The highest we can realistically go is by getting on a commercial jet airliner, which can only go about 11-15 km up, only a fraction of Earth’s radius.

Our eyes have a field of view (or rather the cone of visual attention) of about 55°. With this information, we can simulate how Earth’s curvature would appear to a human eye, as shown in the illustration.