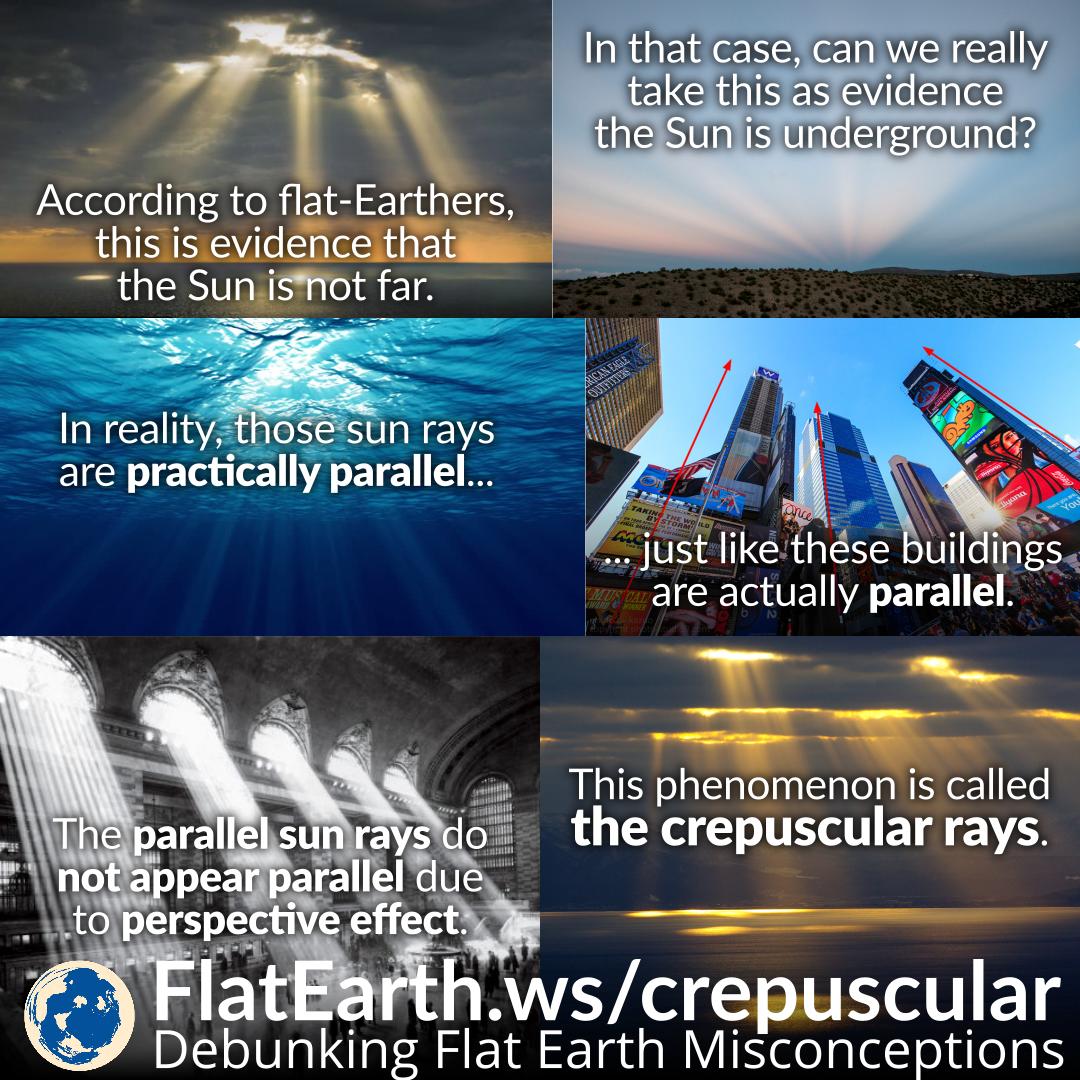 Some flat-Earthers consider crepuscular rays as evidence that the Sun is not far. In their mind, the Sun is only about ±5000 km circling above us. In reality, the actual distance of the Sun is ±150 million km.

The crepuscular rays are a perspective effect. The sun rays are practically parallel. They appear diverging because of perspective illusion. Just like railroads that appear converging to a point, when in fact we know for sure they are parallel. The illusion of diverging sun rays happens probably because we have never seen them from a different vantage point, unlike rail tracks.

If we extrapolate the sun rays, they will indeed converge to a point where the Sun is located in the image. But keep in mind the image is two-dimensional. We cannot deduce the distance of the Sun from the picture alone. According to the image alone, the Sun can be anywhere from close to the observer to very far away. The image itself is still a 2D projection of a 3D space.

Using the same logic, from some pictures of crepuscular rays, we can conclude that the Sun is actually below ground, behind a tree or just above the surface of the water. But we all know for sure that all these cannot be true.