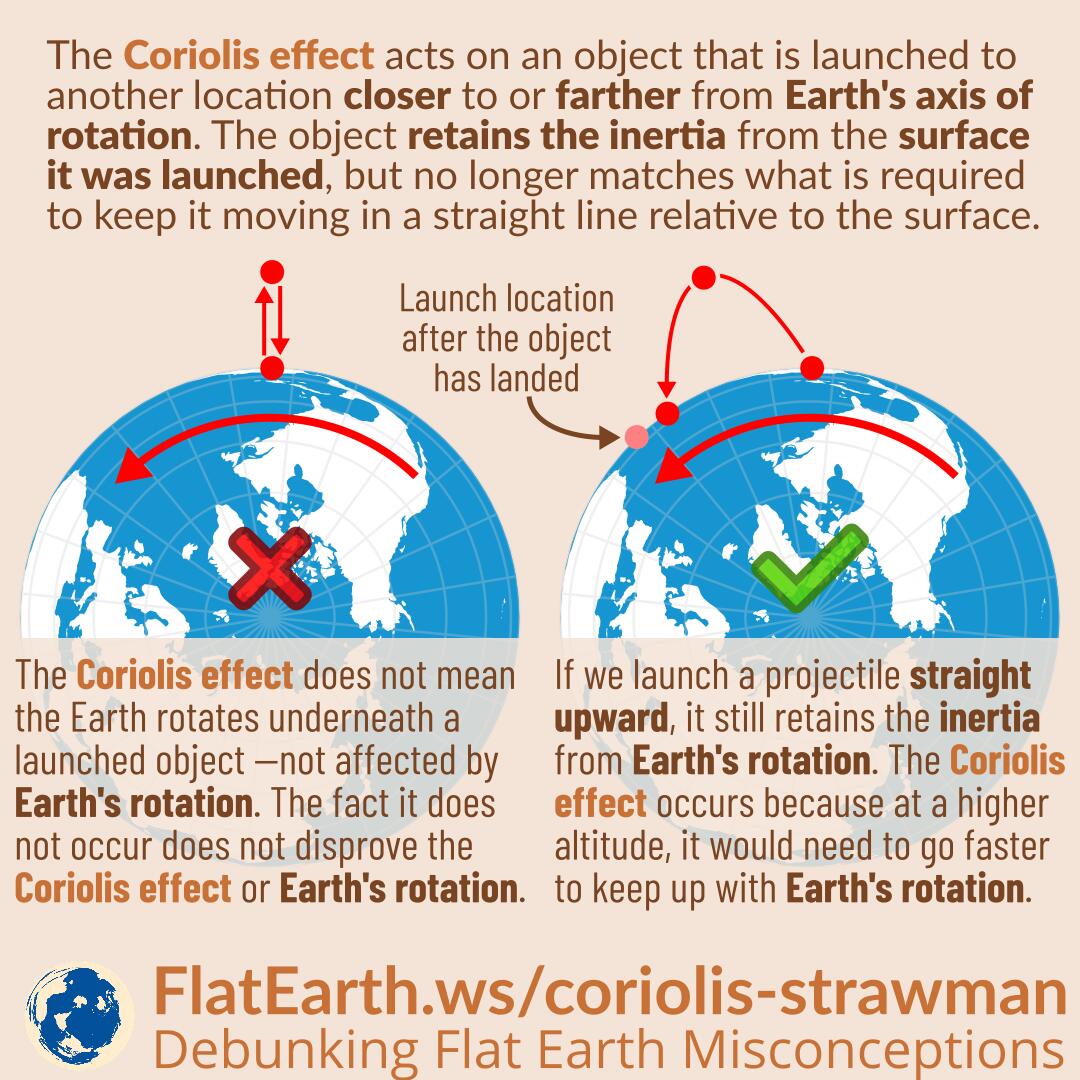 The Coriolis effect acts on an object that is launched to another location closer to or farther from Earth’s axis of rotation. The object retains the inertia from the surface it was launched from, but it no longer matches what is required to keep it moving in a straight line, according to an observer on the surface.

On the equator, Earth’s surface is moving at a speed of 465 m/s. Flat-Earthers assert that if that is the case, then an object launched upward should move away from the observer at the same speed. It does not happen, and they use it to disprove the Coriolis effect and Earth’s rotation in general. In reality, the Coriolis effect is not what they describe.

However, the Coriolis effect is very small for everyday cases. A hand-thrown rock or even a handgun bullet fired upward will not give us a significant Coriolis deflection that can be casually observed. It will require much more than that or a very careful measurement to observe the Coriolis effect.