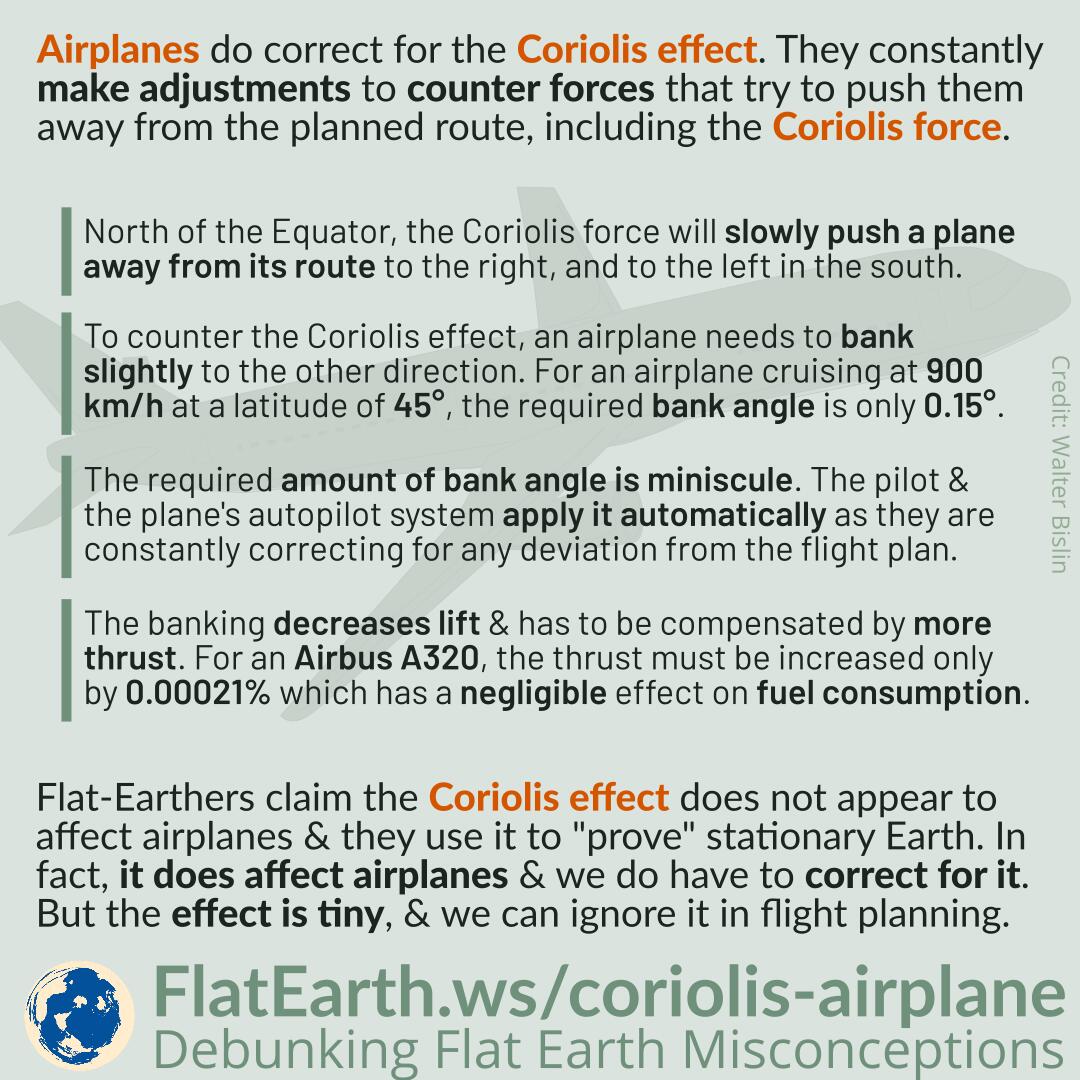 Airplanes do correct for the Coriolis effect. They constantly make adjustments to counter forces that try to push them away from the planned route, including the Coriolis force.

North of the equator, the Coriolis effect will slowly push a plane away from its route to the right; and to the left south of the Equator. To counter this effect, an airplane needs to bank slightly to the other direction. For an airplane cruising at 900 km/h at a latitude of 45°, the required bank angle is only 0.15°.

The required bank angle to compensate for the Coriolis effect is minuscule. The pilot and the plane’s autopilot system apply it automatically as they are constantly correcting for any deviation from the flight plan.

The banking slightly decreases lift and has to be compensated by more thrust. For an Airbus A320, the thrust must be increased only by 0.00021%, which has a negligible effect on fuel consumption.

Some airplane’s instruments are sensitive enough to detect the slight banking to compensate for the Coriolis effect. The angle varies due to the corrections the airplane constantly makes for fluctuations in the air stream, but the mean value shows the expected bias for compensating the Coriolis effect.