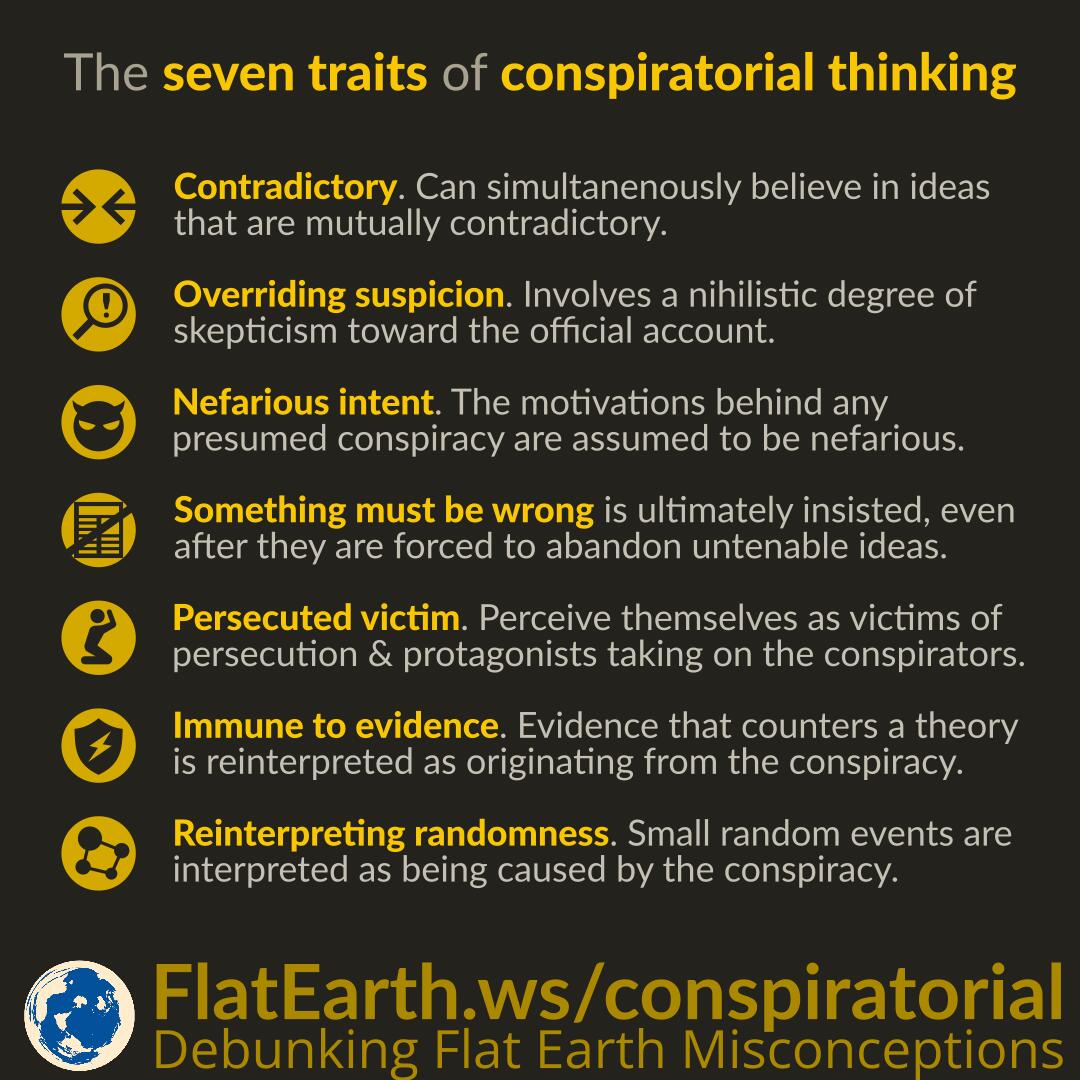 These are the seven traits of conspiratorial thinking: contradictory, overriding suspicion, nefarious intent, something must be wrong, persecuted victim, immune to evidence, reinterpreting randomness. Flat-Earth is not a scientific problem, it is a conspiracy theory. Like other conspiracy theories, these traits also apply to flat-Earth.

Conspiracy theorists can simultaneously believe in ideas that are mutually contradictory. This is because the theorists’ commitment to disbelieving
the “official” account is so absolute, it does not matter if their belief system is incoherent.

Conspiratorial thinking involves a nihilistic degree of skepticism towards the official account. This extreme degree of suspicion prevents belief in anything that does not fit into the conspiracy theory.

Something must be wrong

Although conspiracy theorists may occasionally abandon specific ideas when they become untenable, those revisions do not change their overall conclusion that “something must be wrong” and the official account is based on deception.

Conspiracy theorists perceive and present themselves as the victim of organized persecution. At the same time, they see themselves as brave antagonists taking on the villainous conspirators. Conspiratorial thinking involves a self-perception of simultaneously being a victim and a hero.

Conspiracy theories are inherently self-sealing—evidence that counters a theory is re-interpreted as originating from the conspiracy. This reflects the belief that the stronger the evidence against a conspiracy, the more the conspirators must want people to believe their version of events.

The overriding suspicion found in conspiratorial thinking frequently results in the belief that nothing occurs by accident. Small random events are re-interpreted as being caused by the conspiracy and are woven into a broader, interconnected pattern.