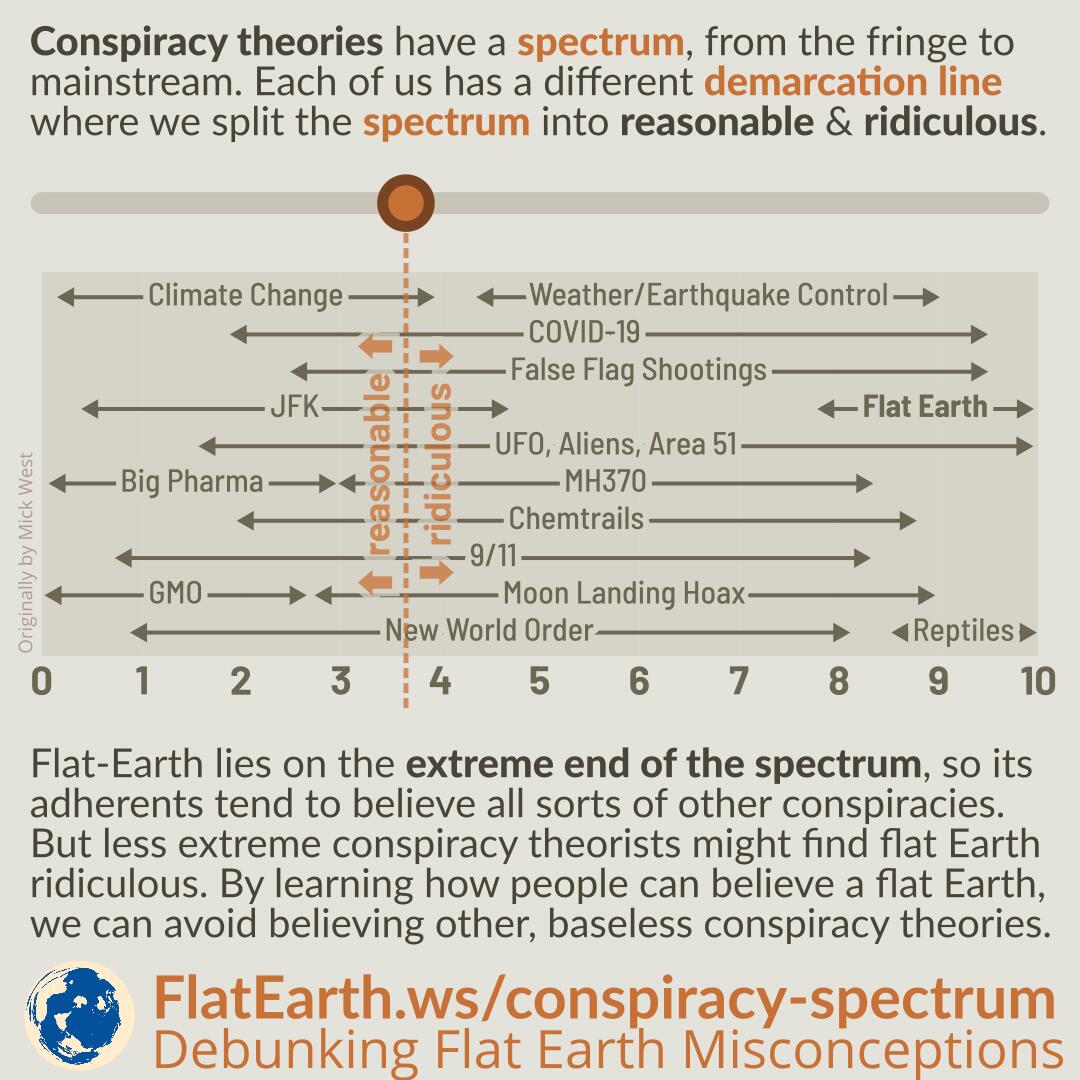 The conspiracy spectrum diagram here is rough and subjective, but should closely resemble their actual extremeness.

All conspiracy theories involve believing — without sufficient evidence — that people are working together behind the scenes with sinister motives. Flat Earth is unique from other conspiracy theories in the way that it is easy to prove Earth is not flat from simple, direct observations that anyone can do themselves, without having to rely on third-party information. Yet, some people still believe in a flat Earth. By observing how people can believe in flat Earth, we can identify the same pattern that might lead us into believing another baseless conspiracy theory.