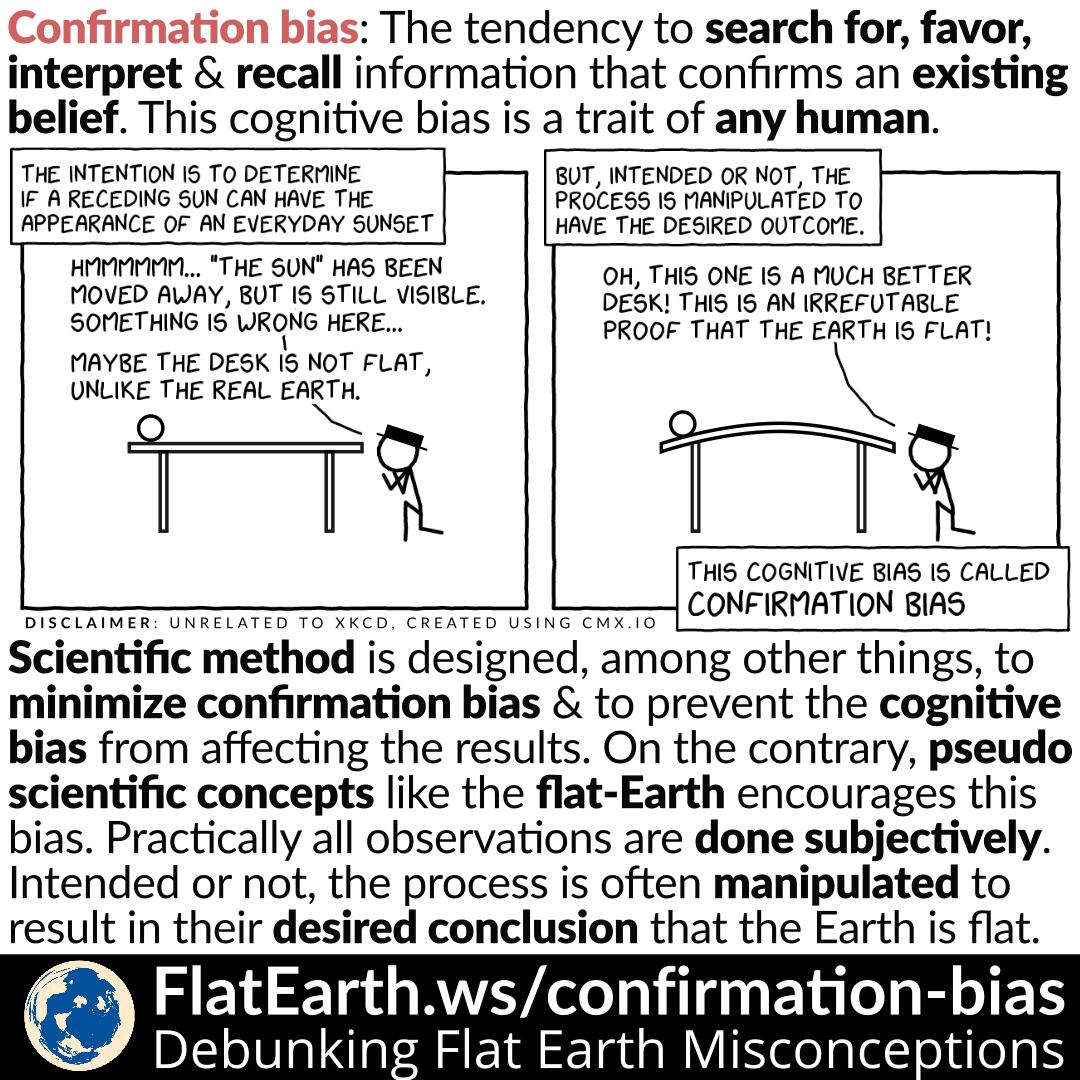 It is not hard to see a lot of this going on in the community of flat-Earth victims.

In those cases, they didn’t attempt to do an objective measurement, control the confounding variable, or retry the experiment using different parameters.

The scientific method is designed, among other things, to minimize the cognitive biases, like the confirmation bias. An experiment that done without controlling these bias can never be accepted in science; because it might tell more about the persons who did the experiment, rather than the experiment itself.