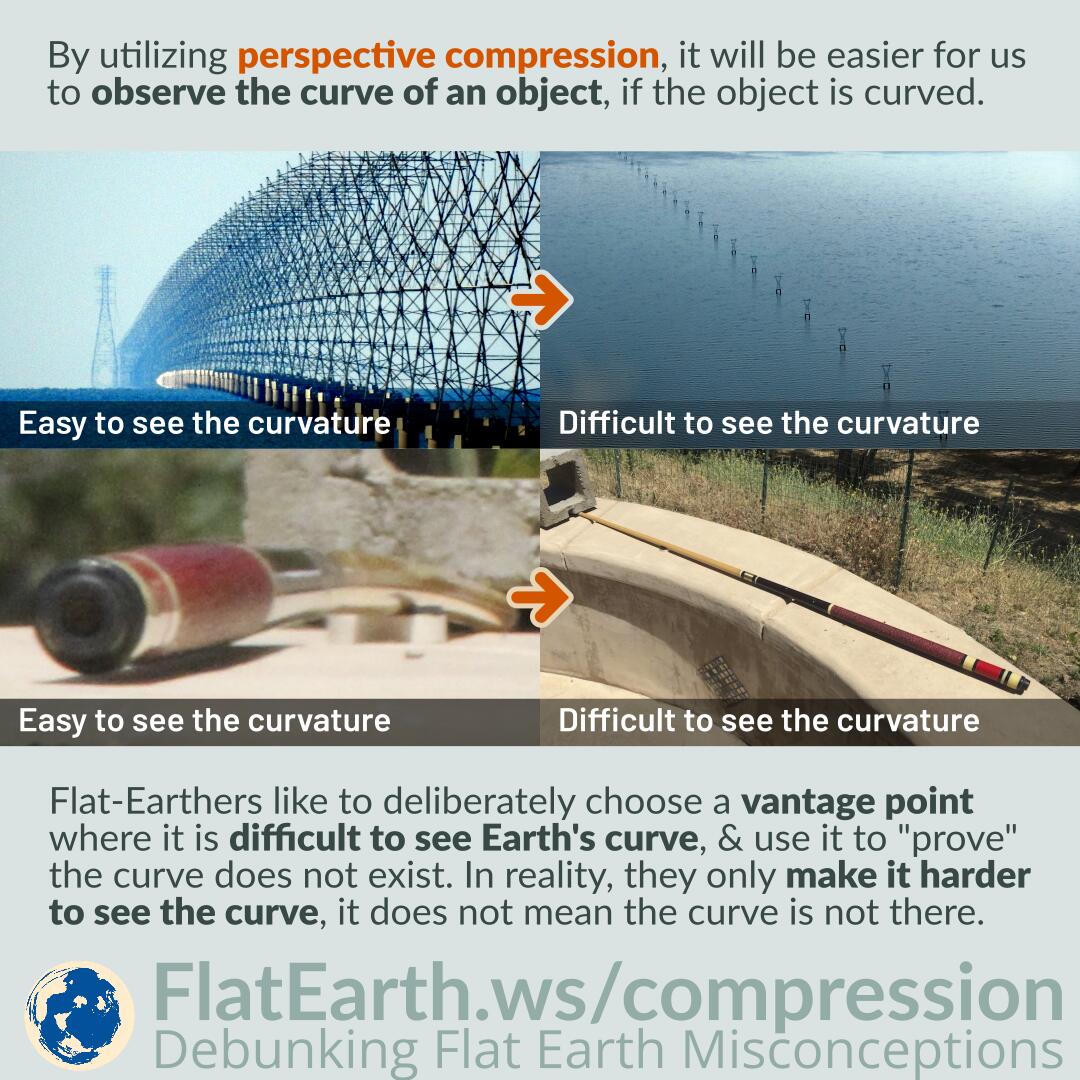 By utilizing perspective compression, it will be easier for us to observe the curvature of an object if the object is curved.

Photos and videos of the Lake Pontchartrain power transmission lines clearly show us the curvature of the Earth. However, flat Earthers could not accept reality, and they invented various excuses to dismiss the photos and videos from becoming evidence of spherical Earth. One of the excuses they created is choosing a vantage point where it is difficult to observe the curvature.

The various photos and videos showing the curvature were taken from close to the surface, from one end of the transmission lines, viewing toward the other end. As such, it is not difficult to see the curvature. It is the same as when we want to determine whether a table is flat. We would place our eyes near the same plane as the table’s surface. It is called “perspective compression, ” an intuitive method to easily determine if an object is curved.

On the other hand, flat Earthers want to avoid exposing themselves to incriminating information, and they do that by choosing a vantage point where they cannot see the curvature. It is similar to looking at the table from above the table, far from the surface plane. If the table is curved, we will not notice it. But it does not mean the table is not curved.