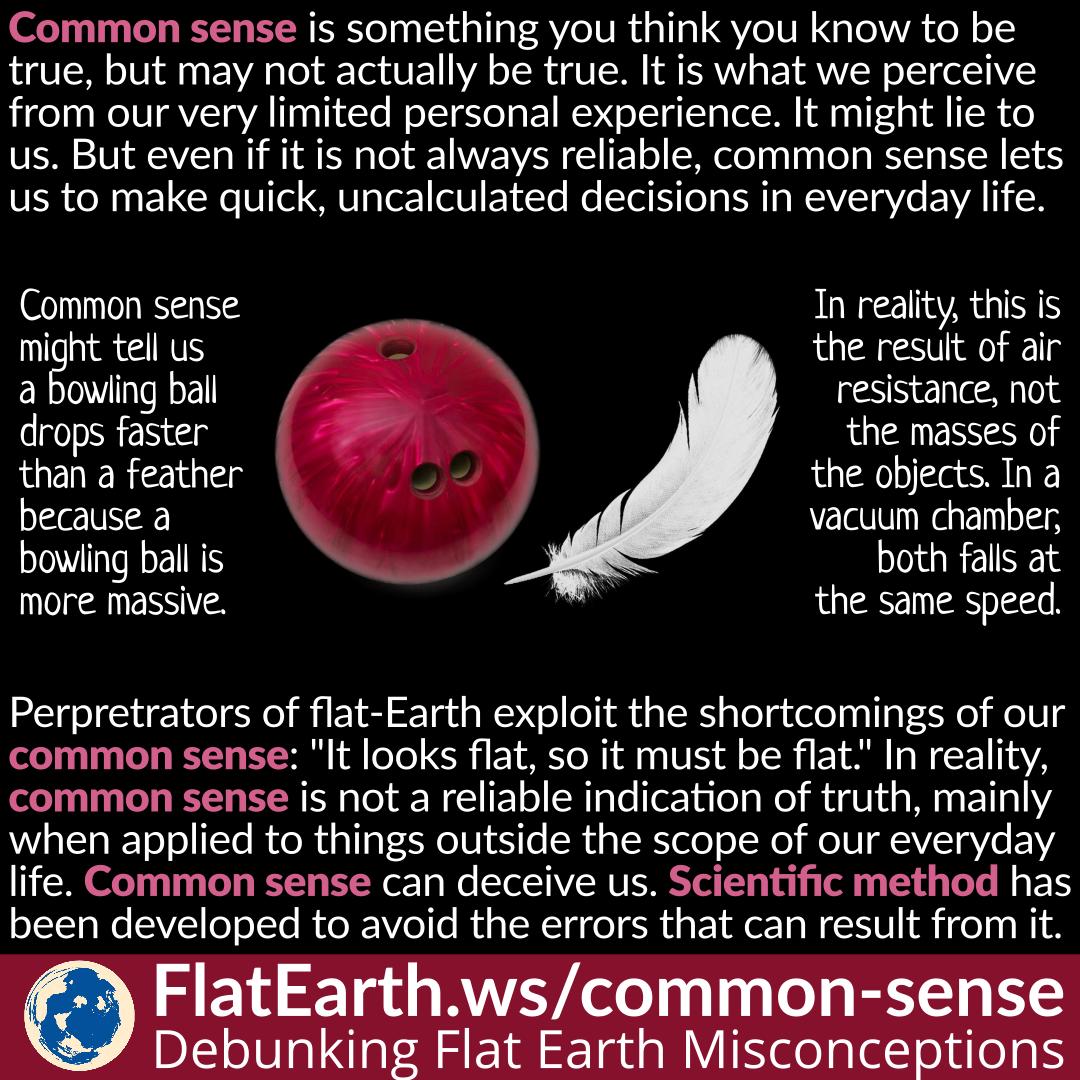 Something would ‘make sense’ if it appears to be correct according to our personal experience. But common sense can be deceiving.  Common sense relies on our own experience which has a very limited scope. For a lot of things, our common sense is not a reliable indicator of truth.

Perpetrators of flat-Earth often exploit the shortcoming of our common sense. They would say something like “It looks flat, so it must be flat!” Some of us fell victim to this scheme and would make the conclusion out of a mere hunch in place of more thorough and exhaustive observations.

As the example, in everyday life, we never do anything related to objects as large and massive as the Earth; objects as small as an atom; vacuum space; and radiative heat transfer without conduction or convection. In such cases, we can’t rely on our common sense. Using our common sense in such cases would potentially be lying to ourselves.

The scientific method has been developed to minimize cognitive biases like this: to prevent our subjective biases from affecting our conclusion. On the other hand, perpetrators of flat-Earth theory did the exact opposite thing: they encourage cognitive biases, primarily if they support their arguments.