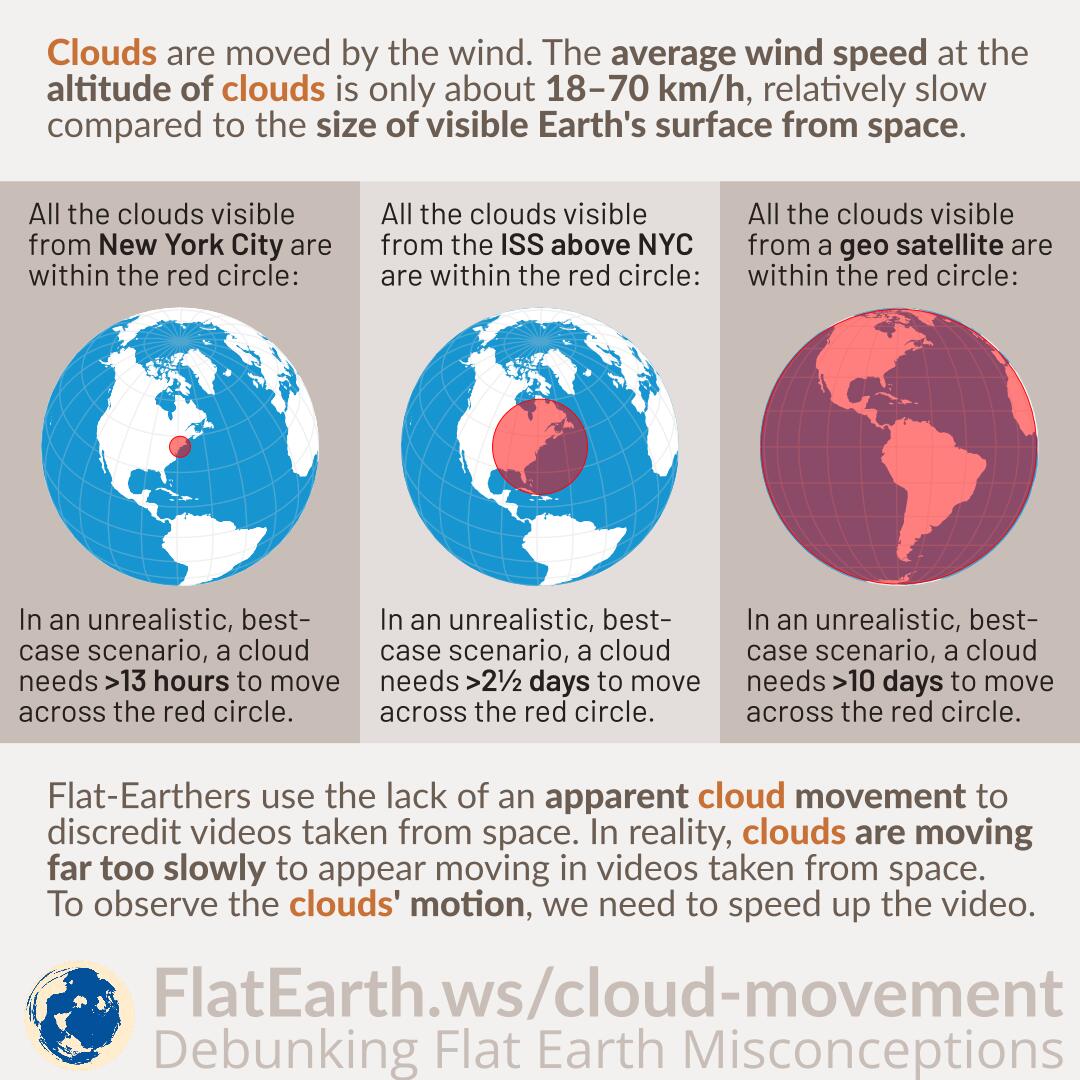 Clouds are moved by the wind. The average wind speed at the altitude of clouds is only about 18–70 km/h, relatively slow compared to the size of visible Earth’s surface from space.

Clearly visible clouds have a maximum altitude of about 18300 m. According to simulations, an object at that altitude will be visible from the surface up to 480 km away. In an unrealistic, best-case scenario, that a cloud is moving straight at 70 km/h continuously, then it will cross the observer’s field of view in more than 13 hours.

The visible Earth’s surface from the ISS has a diameter of 4440 km from edge to edge. The aforementioned cloud needs more than 2½ days to move across such a range.

A geostationary satellite, including the Himawari satellite, can see almost a hemisphere, or about 18000, from edge to edge. For the aforementioned cloud to cross such a distance, it will require more than 10 days.

Therefore, it is unrealistic to expect clouds to appear moving just by casually watching videos taken from space. If we want to see the clouds’ motion, we need to speed up the video.