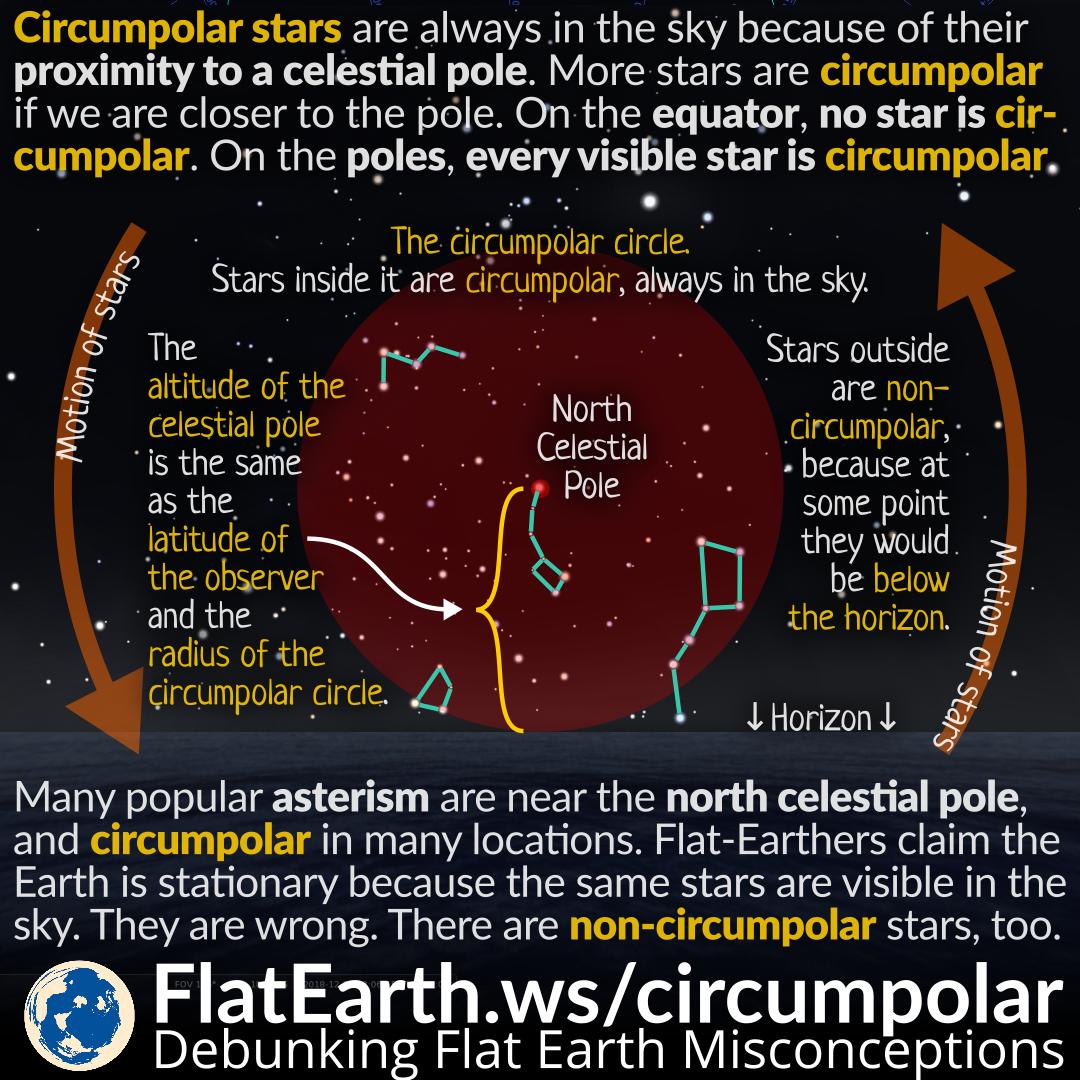 A circumpolar star is a star, as viewed from a given latitude on Earth, that never sets below the horizon due to its apparent proximity to one of the celestial poles. Circumpolar stars stay up there in the sky, even during the day.

Some non-circumpolar stars can only be seen at night during certain times in a year, especially the equatorial stars.

The conditions that determine whether a star is circumpolar or not can only occur if the Earth is spherical, rotating and in motion around the Sun.