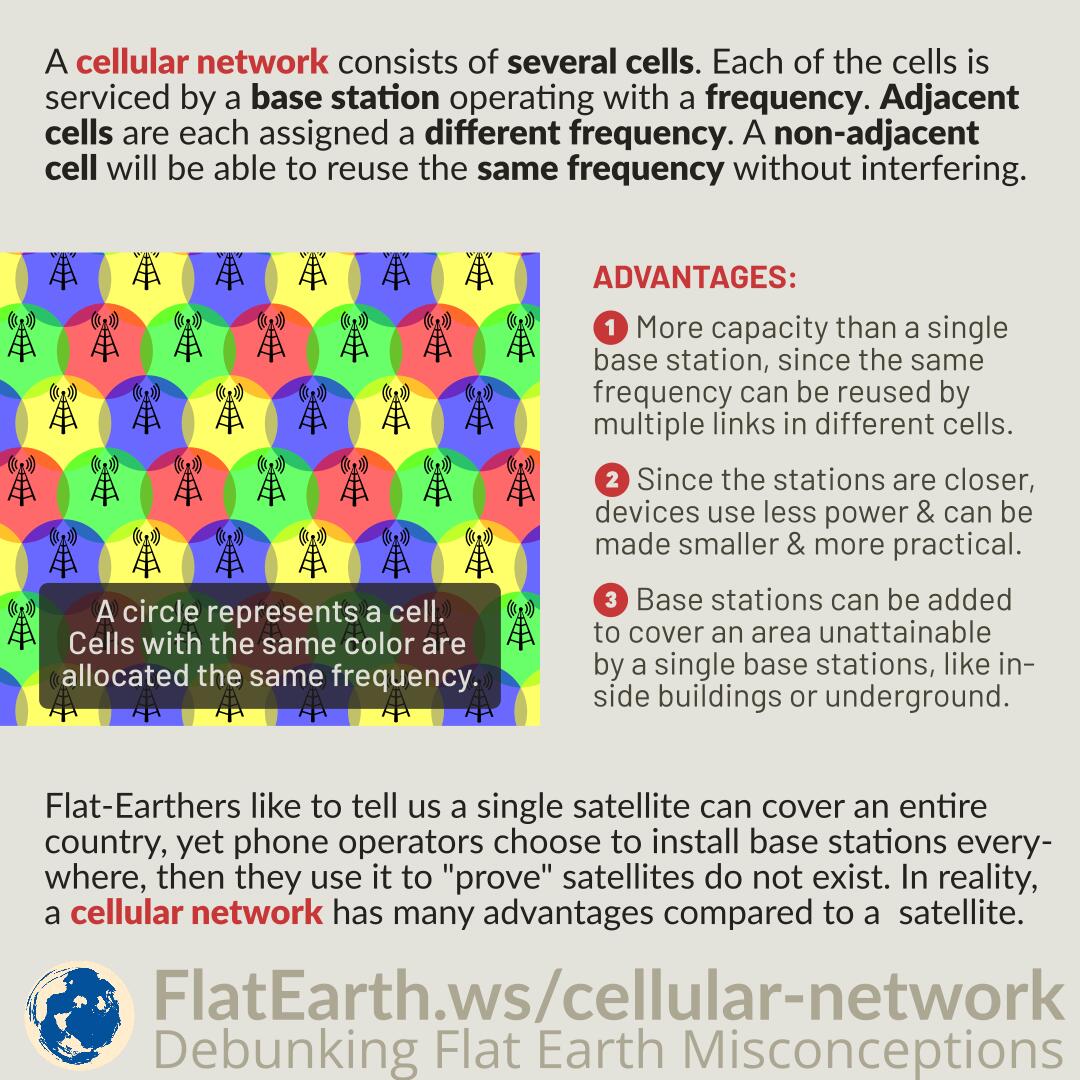 A cellular network consists of several cells. Each of the cells is serviced by a base station operating with a specific frequency. Adjacent cells are each assigned a different frequency. A non-adjacent cell will be able to use the same frequency without interfering.

Flat-Earthers like to tell us that a single satellite can cover an entire country, yet phone operators choose to install base stations everywhere instead. Then they use the fact to “prove” that satellites do not exist. In reality, a cellular network has several advantages compared to one single base station, like a satellite.

A single satellite covering an entire country will need to divide its allocated frequency to all users. On the other hand, the same frequency can be reused by multiple links in different cells in a cellular network. Two persons in a different city can communicate to their respective base station using the same frequency. As a result, a cellular network will have more capacity. It can serve more users and allocate more bandwidth per user.

Since the stations are closer, devices use less power. Devices do not require a lot of energy or big antennas. They can be made smaller and more practical.