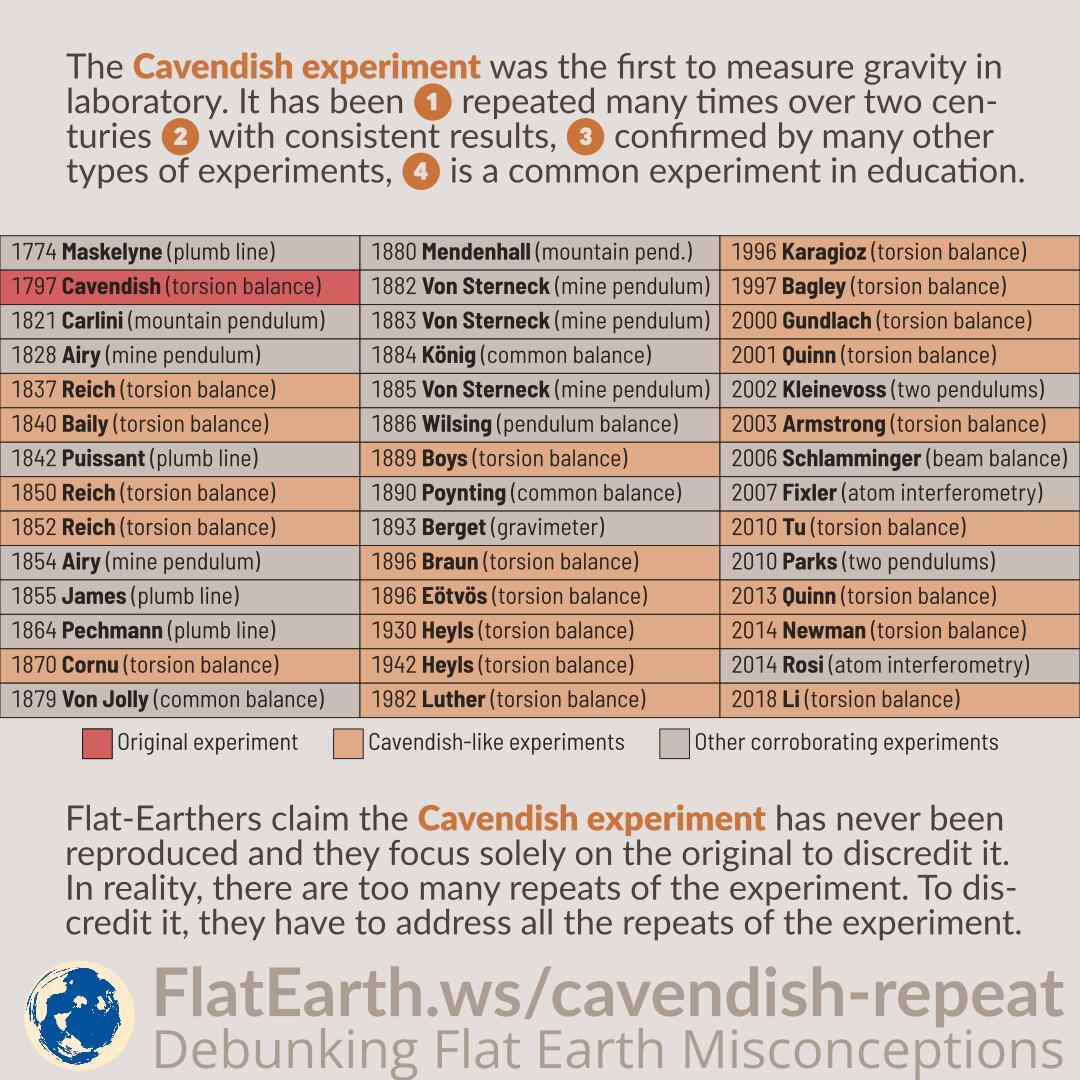 The Cavendish experiment was the first experiment to measure gravity between masses in the laboratory. The experiment has been repeated numerous times over two centuries with consistent results. Many other types of experiments also confirmed it.