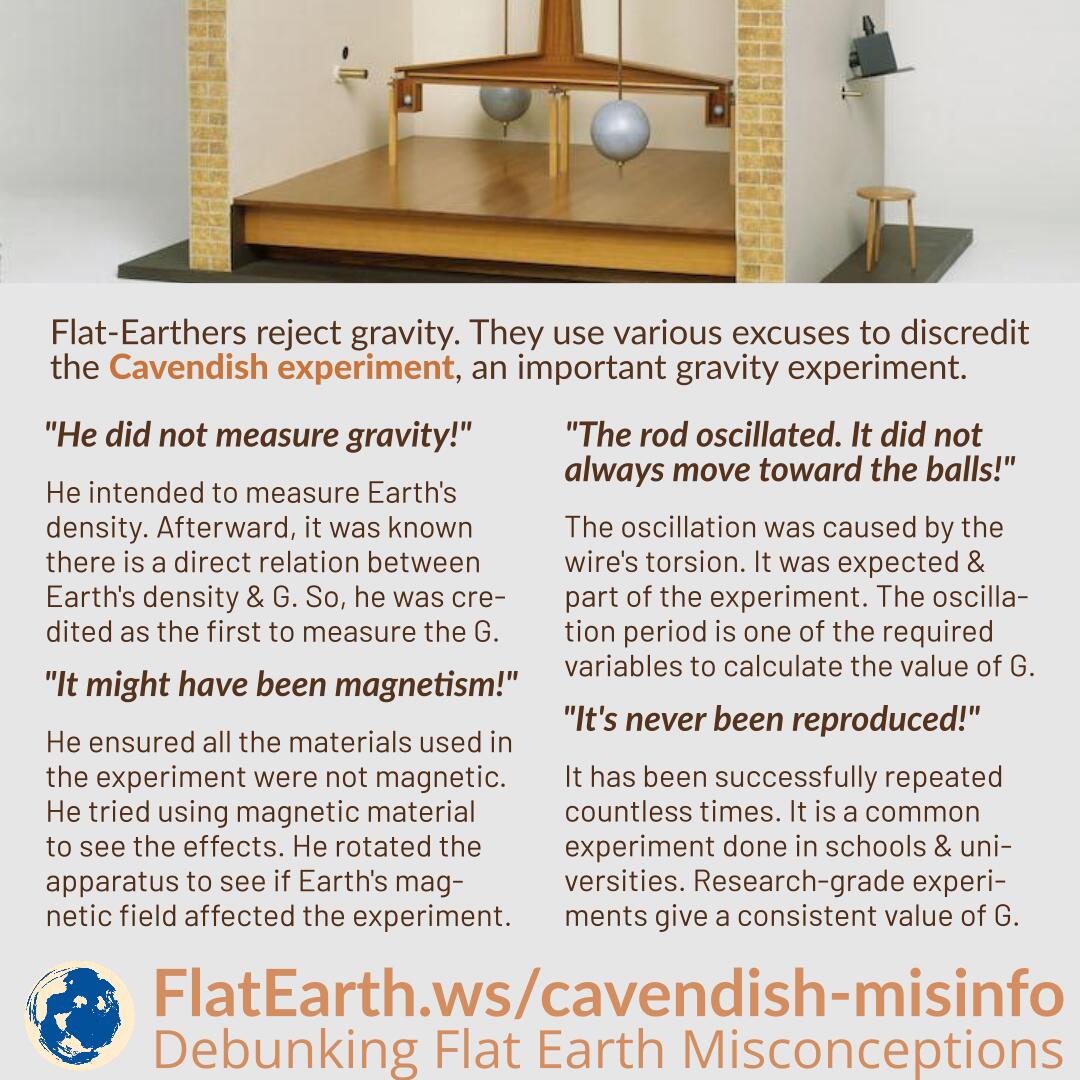 Flat-Earthers reject gravity. They use various excuses to discredit the Cavendish experiment, an important experiment about gravity.

“Cavendish did not measure gravity!”

Cavendish ensured all the materials used in the experiment were not magnetic. He tried using magnetic material to see the effects. He rotated the apparatus to see if Earth magnetic field affected the experiment.

“The rod oscillated. It did not always move toward the balls!”

The oscillation was caused by the wire’s torsion. It was expected & part of the experiment. The oscillation period is one of the required variables to calculate the value of the G.

The experiment has been successfully repeated countless times. It is a common experiment done in schools & universities. Research-grade Cavendish-like experiments give a consistent value of G.