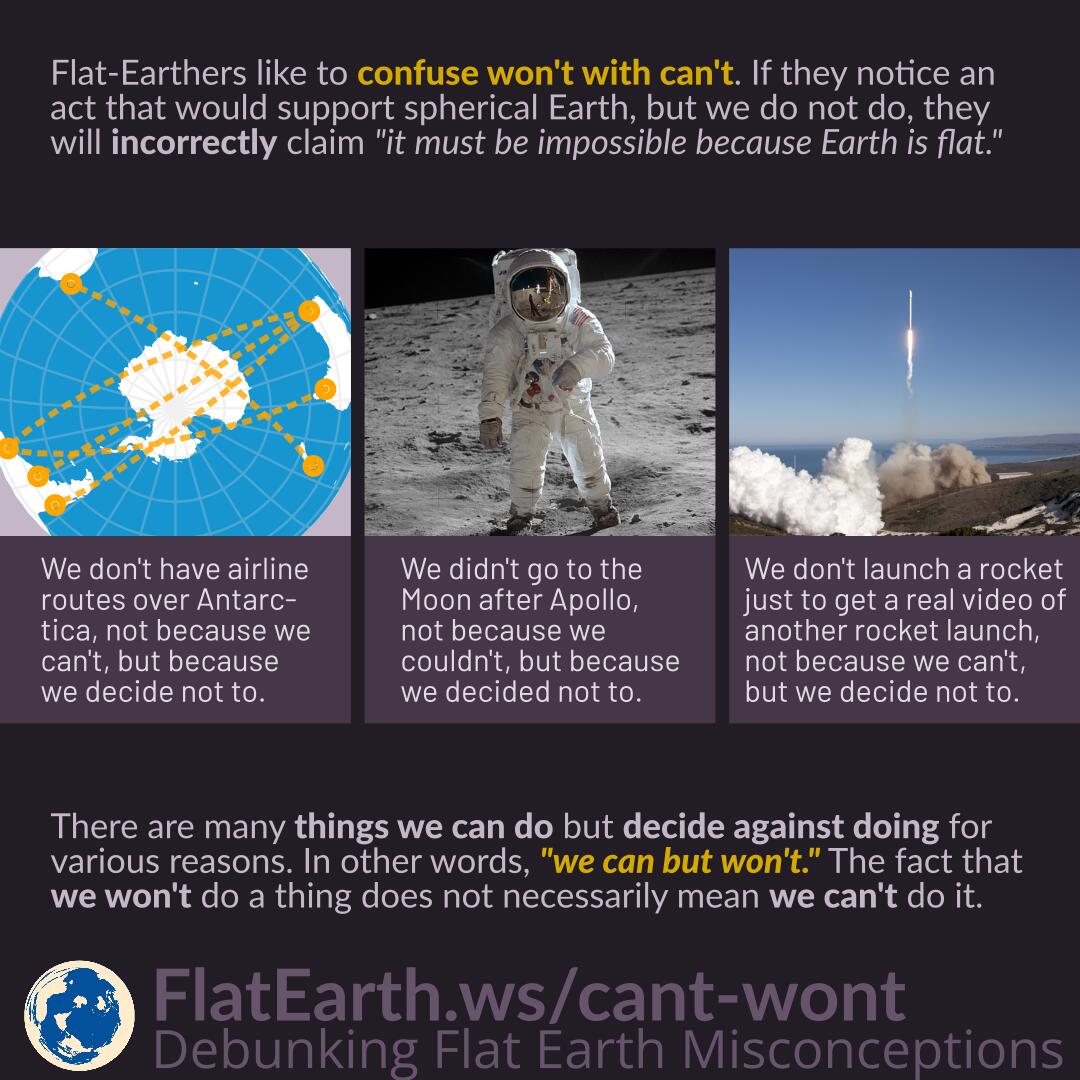 Flat-Earthers like to confuse won’t with can’t. If they notice an act that would support spherical Earth, but we do not do, they will incorrectly claim, “it must be impossible because Earth is flat.”

There are many things we can do but decide against doing for various reasons. In other words, “we can but won’t.” The fact that we won’t do a thing does not necessarily mean we can’t do it.

The correct derivation from such a premise is contrapositive or modus tollens: “If we do X, then we can do X.”

Then again, if flat Earthers incorrectly think that something is never done, but we can actually show that it has been done, they will only start to come up with other things that they feel are never done. They will use those things as “evidence” of anything they want to prove. Such behavior is called moving the goalposts.