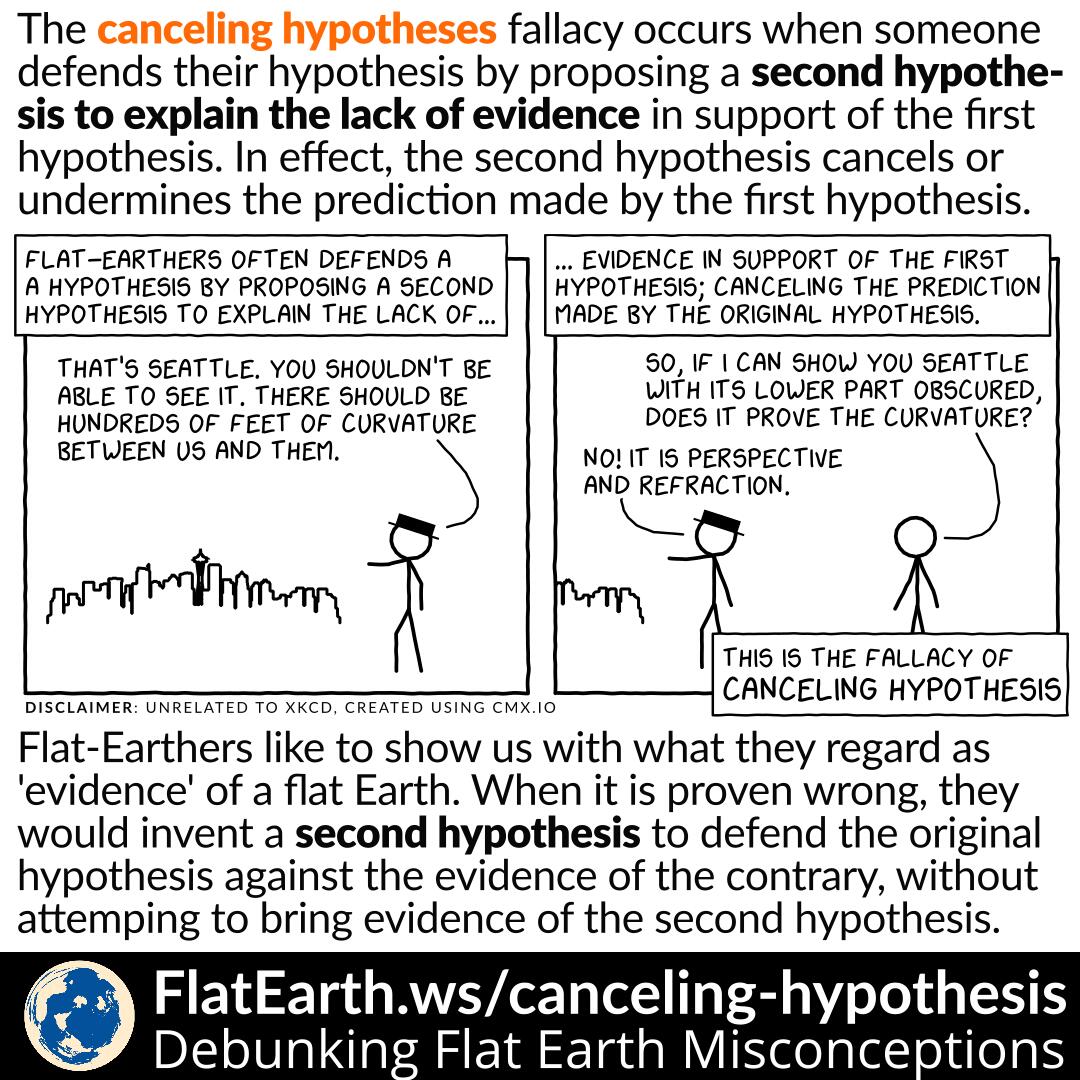 A special form of this fallacy is ‘conspiracy theory’. If the Earth is flat, there should be no pictures and videos of spherical Earth taken from space. But because there are such pictures, they would invent the “explanation” that those who gave us the pictures are lying. It is not possible to believe in a flat Earth without accusing so many people of lying.