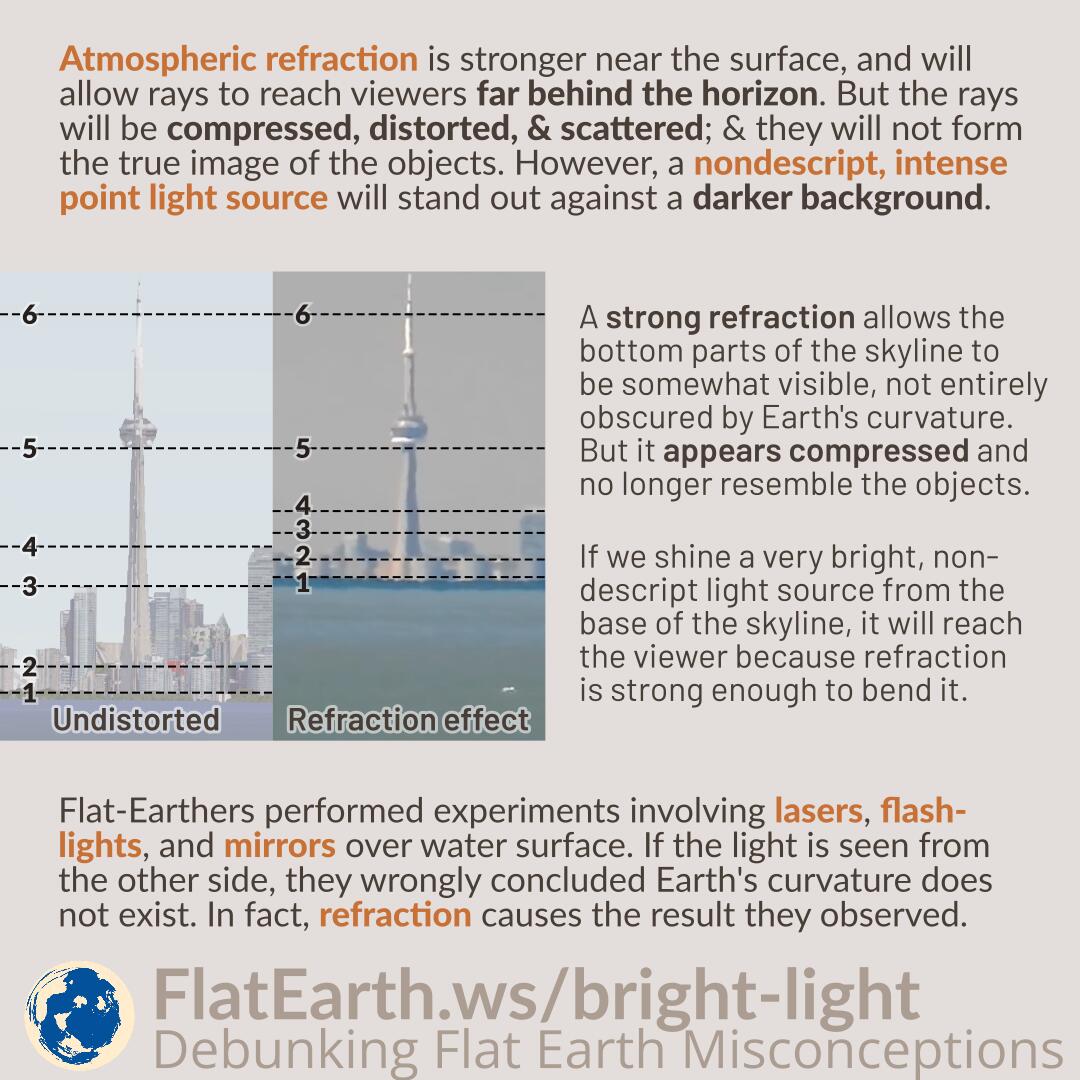 Atmospheric refraction is stronger near the surface. Additionally, a thermal inversion can form a duct guiding light ray to follow the curvature of Earth. These phenomena allow light rays to reach the viewer far behind the horizon, but the rays will be compressed, distorted, and scattered, and will not form the true image of the objects. However, a nondescript, intense point light source will stand out against a darker background.

Flat-Earthers like to perform experiments involving lasers, flashlights, and mirrors over the water surface. If the light is visible from the other side, they would wrongly conclude Earth’s curvature does not exist. In reality, atmospheric refraction causes the result they observed.

If the water’s surface is colder than the air, it will cool down a thin layer of air just above the surface and cause stronger refraction near the surface. Thus, a ray of light that skims across this layer of air will be strongly refracted.

As a result, a ray of light coming from objects near the surface will be able to reach a viewer far behind the horizon, but the objects will appear compressed and distorted to the viewer and will not resemble the actual objects. However, a nondescript, intense point light source will stand out, especially if against a darker surrounding.

It is the reason that the various experiments involving light sources done by flat-Earthers are not “evidence” that the curvature does not exist. There are better methods of doing experiments that these people will avoid because there will be fewer opportunities to misrepresent the results to support their beliefs.