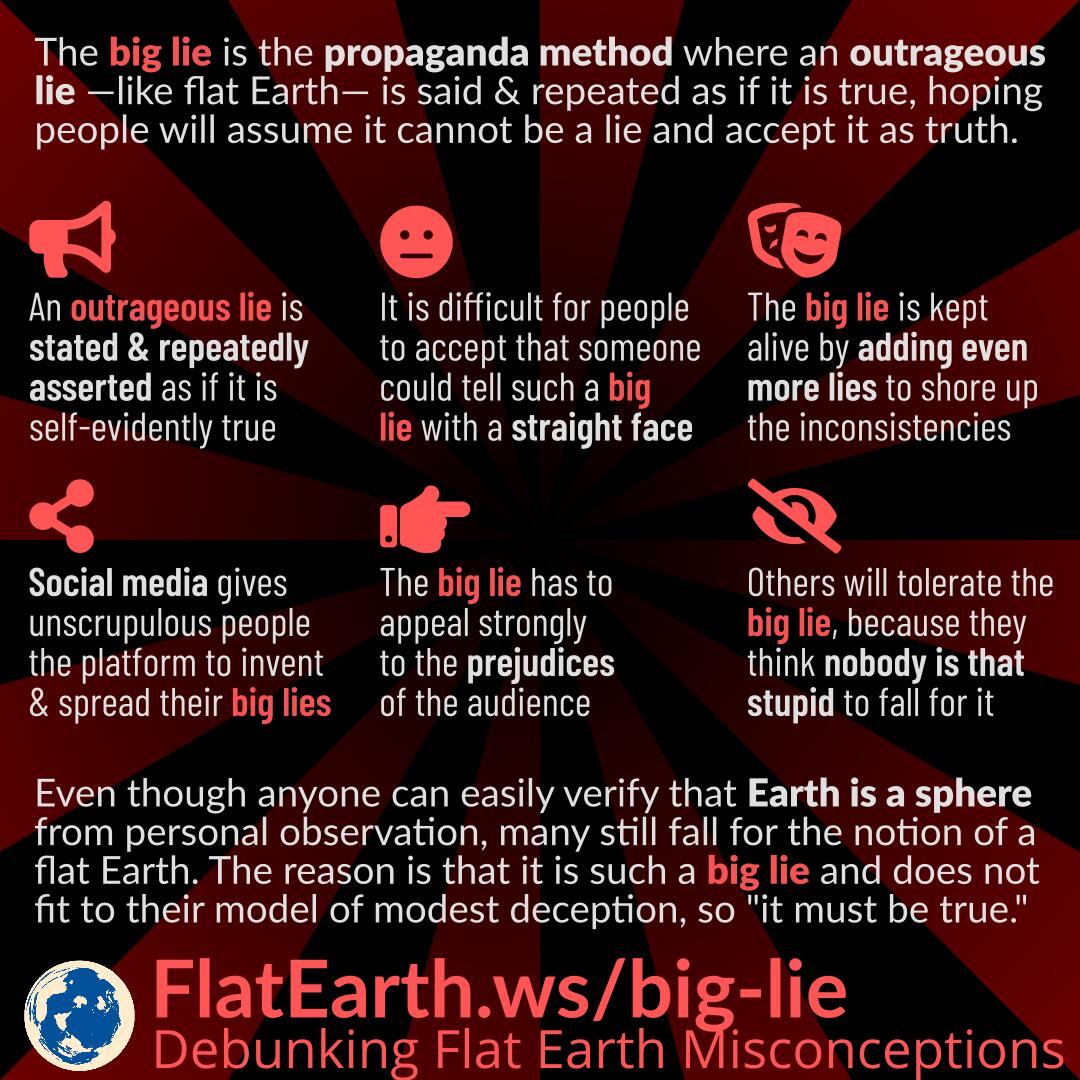 The big lie is the propaganda method where an outrageous lie —like flat Earth— is said and repeated as if it is true, hoping people will assume it is true for granted rather than critically questioning it.

Even though anyone can easily verify that Earth is a sphere from simple personal observations, many still fall for the notion of a flat Earth. The reason is that it is such a big lie and does not fit their model of modest deception, so they think “it must be true.”

The most effective big lies are outrageous enough to be unbelievable, yet appeal strongly to the prejudices of the listeners and are stated in as bland and matter-of-fact terms as possible.

The power of the big lie lies in the fact that those opposed to it will tolerate it because it is so ridiculous that they think nobody is stupid enough to fall for it. They will simply dismiss the lie as something like a prank, and those that appear to believe the lie are merely doing it for trolling.

Because most people will ignore the big lie as too ridiculous to deal with, it will allow normalization of the lie to the small number of people that are affected by the lie. The inventor of the big lie will have ample time to shore up the “leaks” as they discover by simply inventing more lies to the already big lie.

In the Internet era, social media gives these unscrupulous people a platform to spread their big lies. Inventing and spreading big lies are no longer limited to those in power. And these people can now create even bigger and more ridiculous lies, including that the Earth is flat.