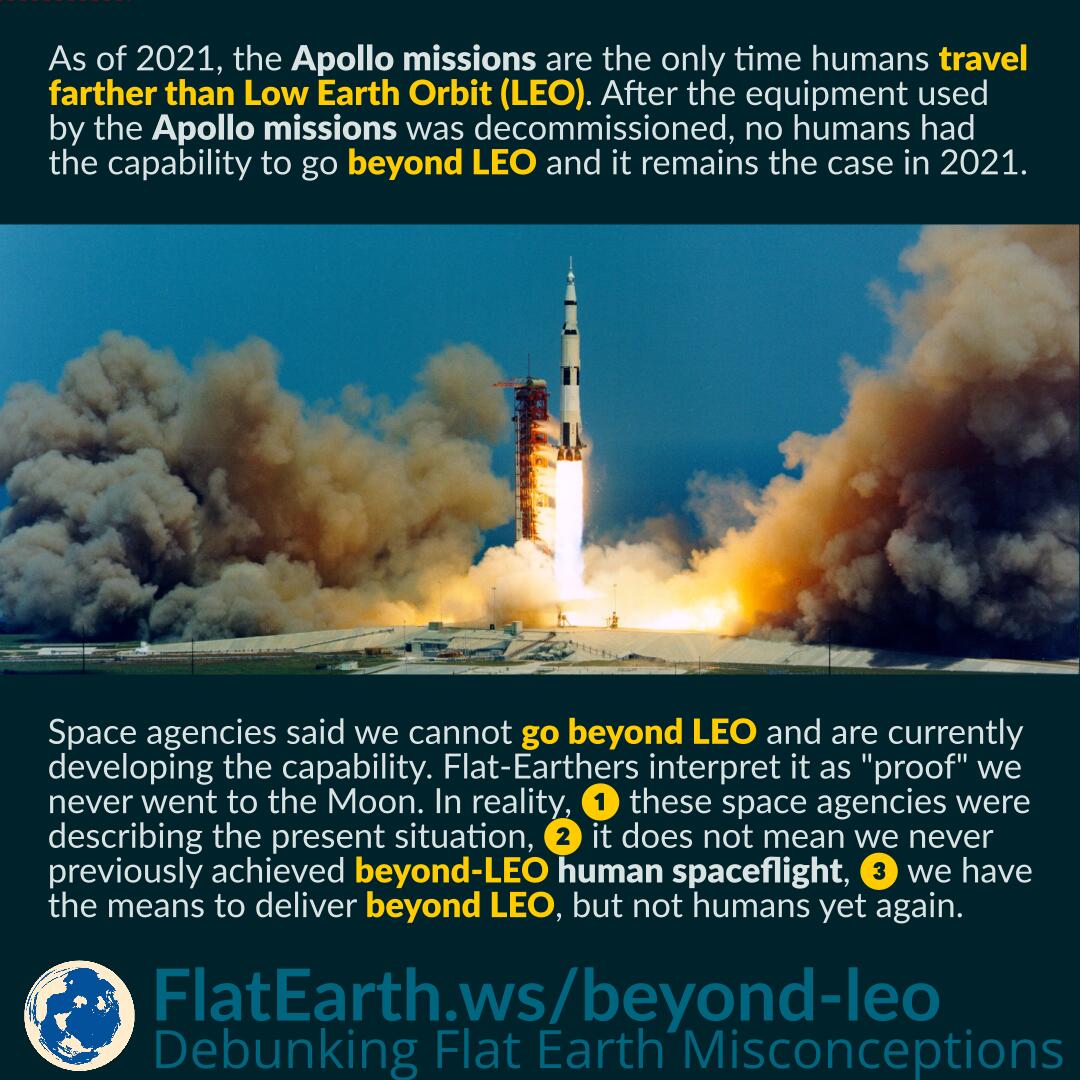 Space agencies said we cannot go beyond LEO and are currently developing the capability. Flat-Earthers interpret it as “proof” we never went to the Moon. In reality, these space agencies were describing the present situation; it does not mean we never previously achieved beyond-LEO human spaceflight. As of 2021, we have the means to deliver beyond LEO, but not humans yet again.

After the Apollo missions, the farthest point humans went to space was when the Space Shuttle traveled 620 km above Earth’s surface to repair the Hubble satellite.