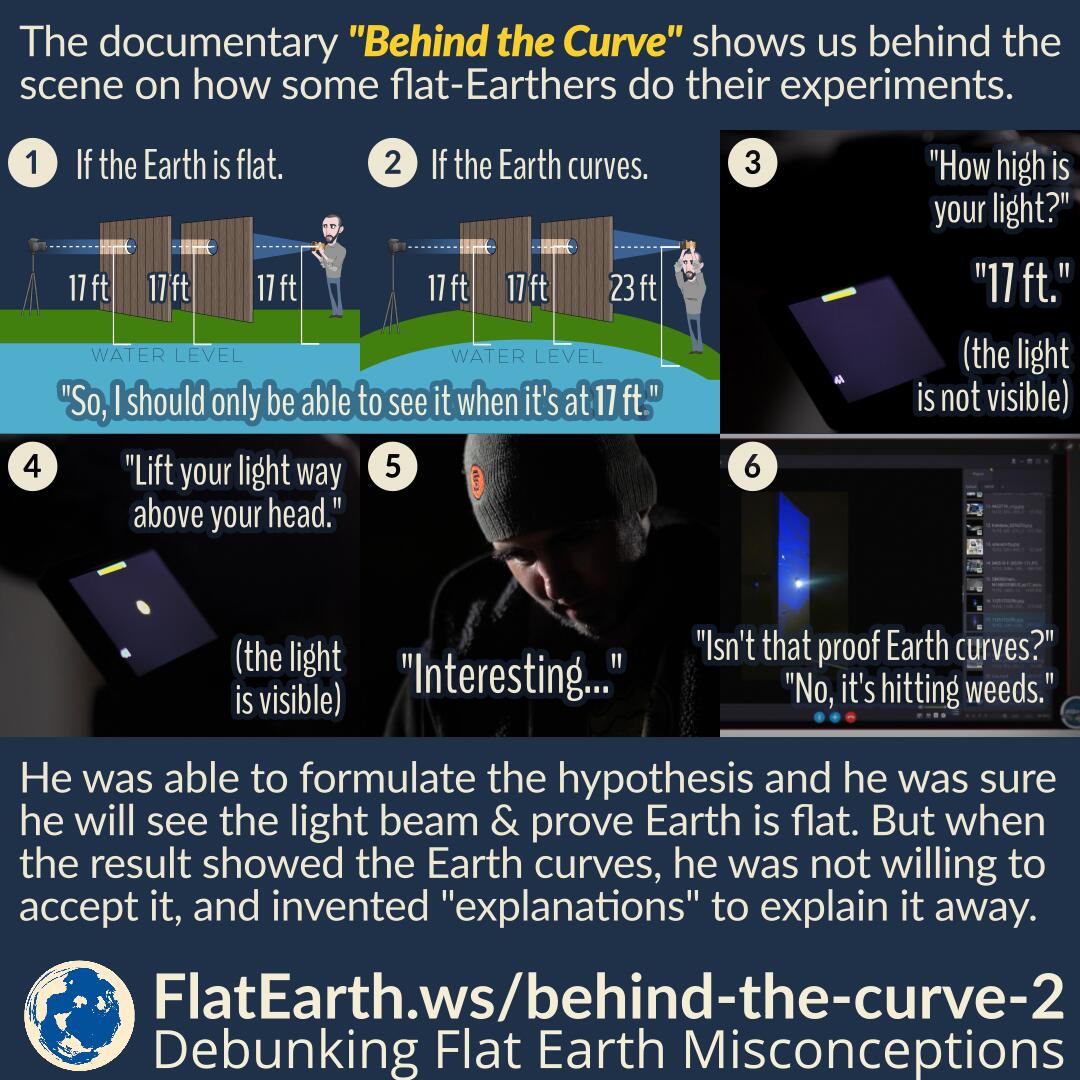 “Behind the Curve” is a documentary showing behind the scenes on what is happening in the flat-Earth community in the United States just before a flat-Earth conference. In a section, the film shows us how a flat-Earther tried to disprove curvature using a series of visual experiments. The result clearly indicates the surface curves, but he was unwilling to accept the fact.

In the experiment, the light is not visible at the height of 17 ft, but it is visible at 23 ft. If he sticks to his hypothesis, then the result should be regarded as proof that the surface has curvature. However, he clearly did not want that to happen, as indicated in his comments when telling his hypothesis to the producer: “So, I should only be able to see it when it’s at 17 ft.” When the result shows otherwise, he seemed disappointed, and can only say that it’s “interesting.”

Like every other flat-Earth “experiment” before it, he refused to accept the conclusion, and instead invented various “explanation” on how he got the result. One of those “explanations” was that the light at the height of 17 ft was somehow “hitting weeds.”