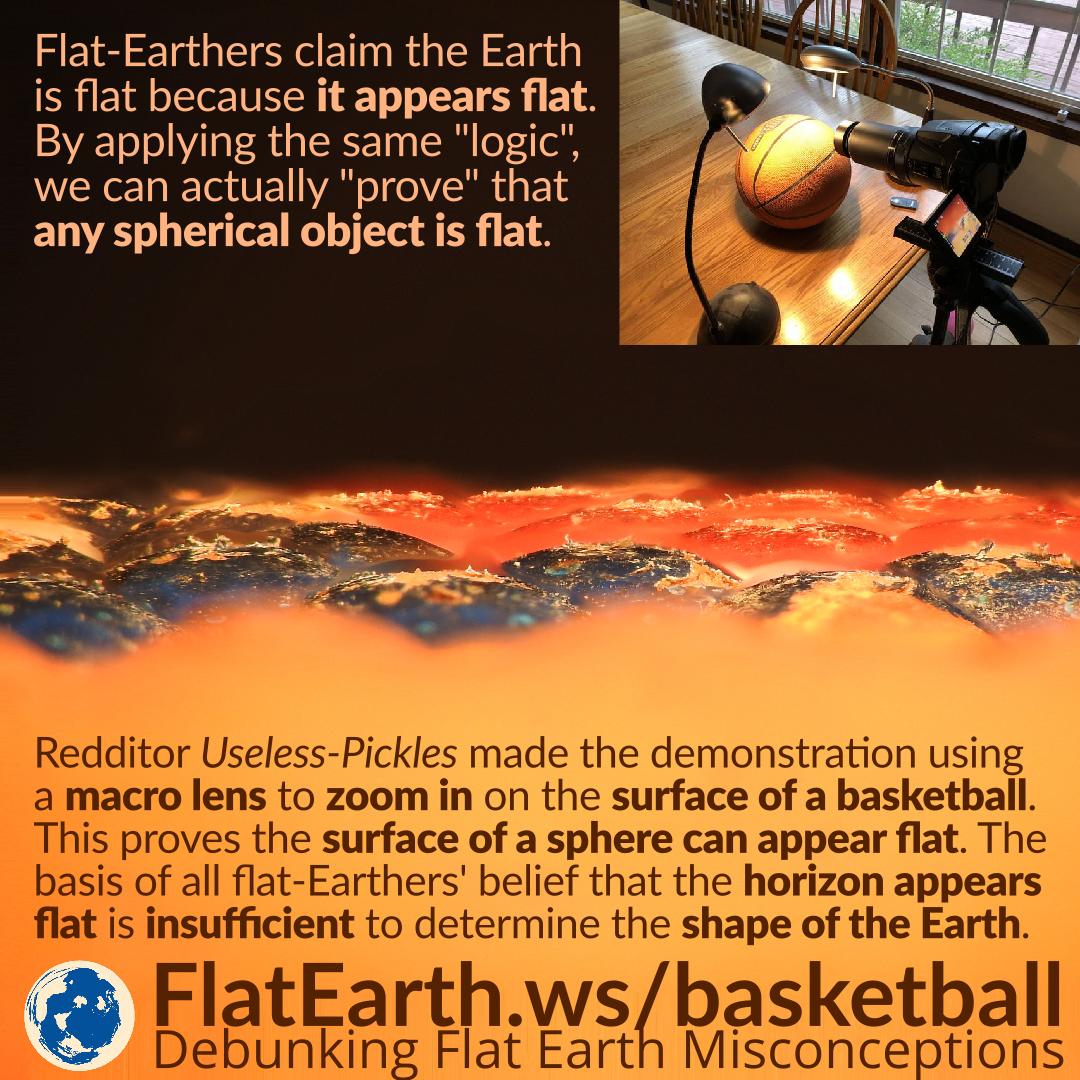 This shows that the surface of a spherical object can easily look flat if the object is large enough, or the observer is small enough.  And the basis of all flat-Earthers’ belief that the horizon appears flat is insufficient to determine the shape of the Earth. By applying the same “logic” as these flat-Earthers, we can actually “prove” a basketball is flat, which, as we all know, is clearly wrong.

Some flat-Earthers misinterpreted the intention of Useless-Pickles doing the demonstration. They claimed it was done to “prove the Earth is a sphere.” They are wrong, and this is only a strawman attempt on their part. The demonstration was presented not to “prove the Earth is a sphere,” but to show that the particular evidence brought by flat-Earthers is not sufficient to prove a flat Earth. To determine the shape of the Earth, we have to look elsewhere.