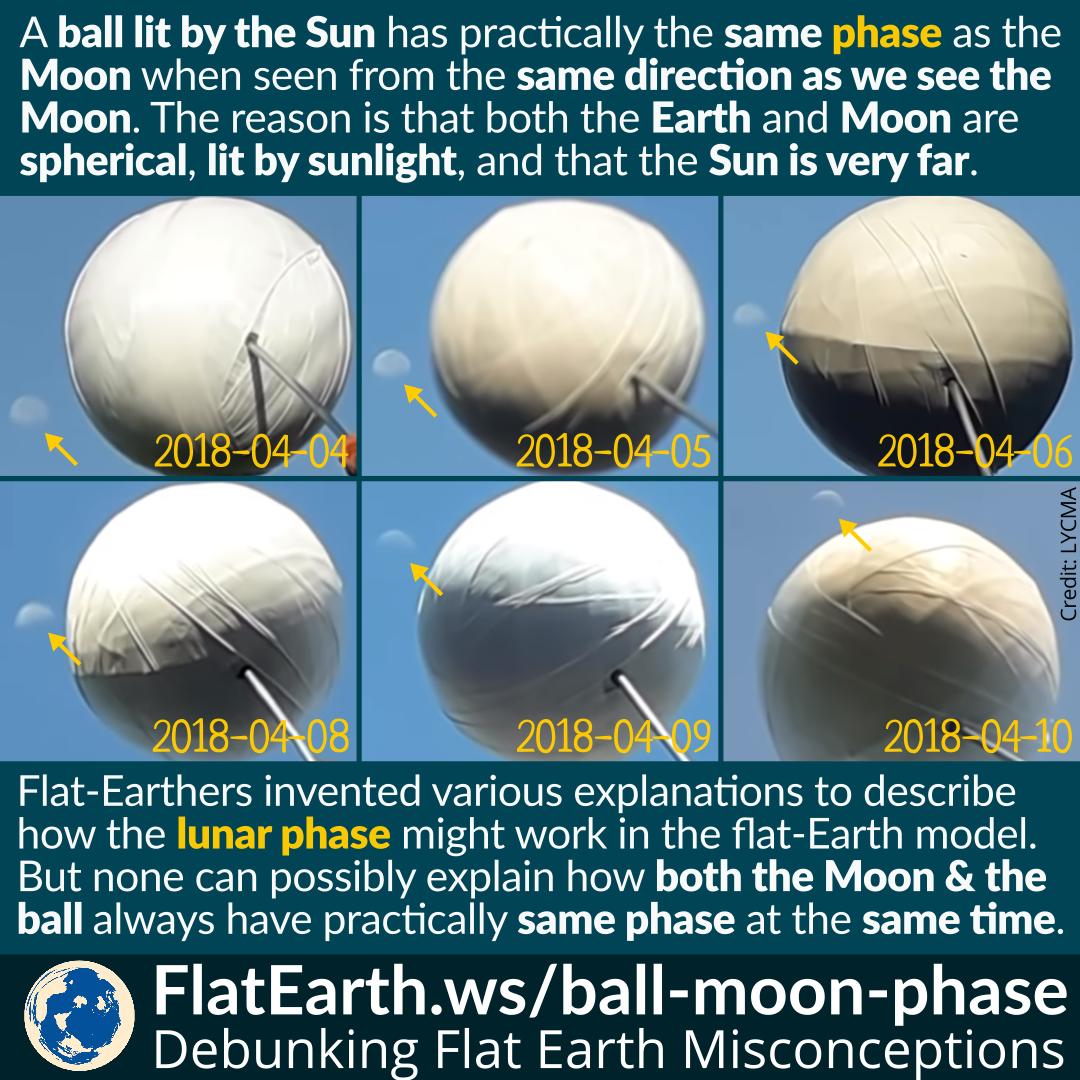 We can try a simple observation: hold a ball —like a ping-pong ball — at arm’s length, and aim it at the Moon when it is visible during the day. We can see the ball shows practically the same phase as the Moon.

This phenomenon can only happen if the Sun is very far away, and both the Moon and the ping-pong ball are lit by the Sun.