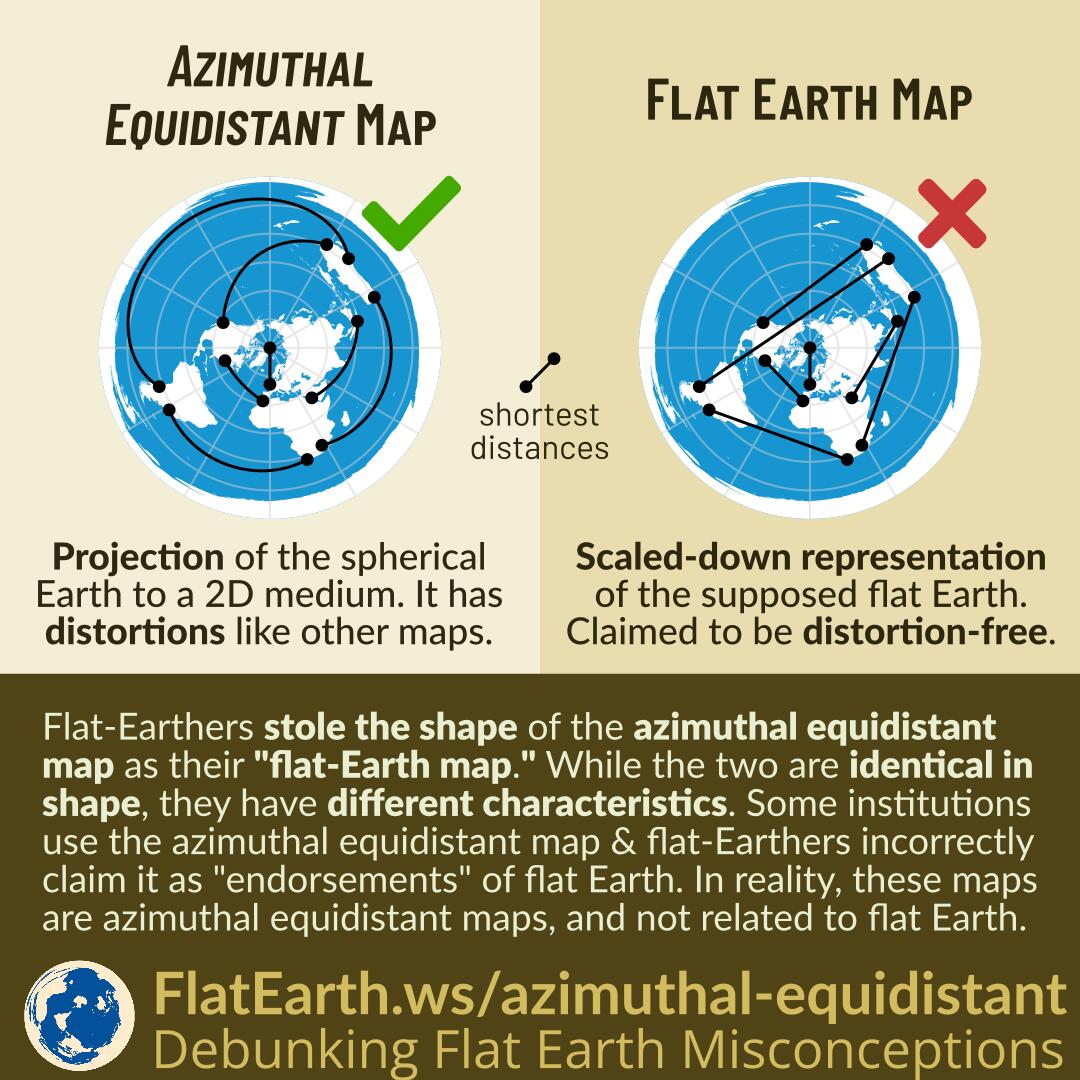 The azimuthal equidistant map is a projection of spherical Earth on a two-dimensional medium. The map has distortions, like every other type of map.

Flat-Earthers stole the shape of the azimuthal equidistant map and call it the “flat-Earth map.” While the two are identical in shape, they have different characteristics. The map that they call the “flat Earth map” is claimed to be a scaled-down representation of the supposed flat earth. They claim it to be distortion-free.

An azimuthal equidistant map centered on the north pole is used for various purposes. It is used by the United Nations, USGS, or the US military. Because it looks identical to what they call the “flat-Earth map,” flat-Earthers often think that the usage of the map indicates an endorsement of the flat Earth model. They claim the fact as a “recognition” from various International bodies that the Earth is flat. In reality, the polar azimuthal equidistant map is not the flat-Earth map. They both only look identical in shape, but they are fundamentally very different.