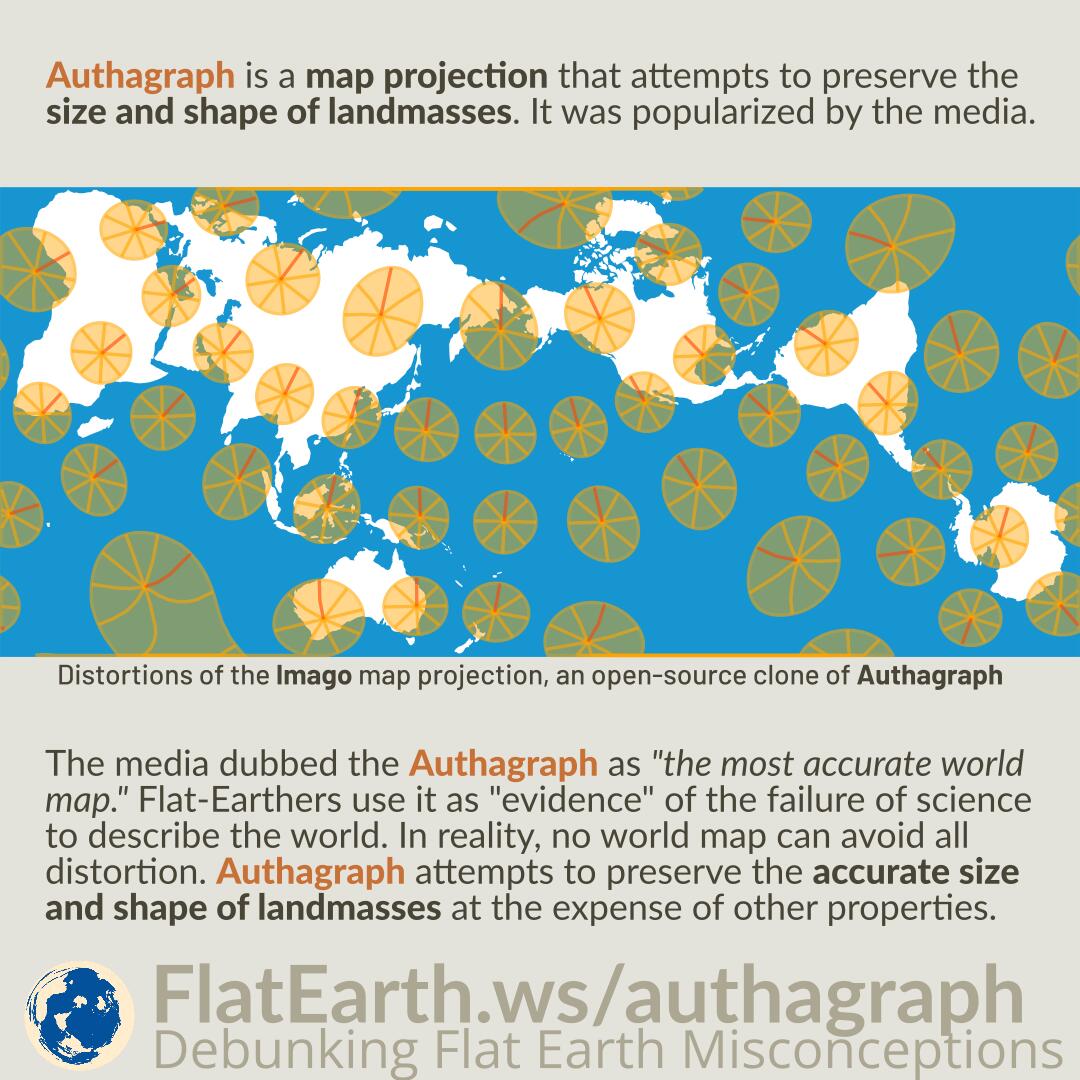 Authagraph is a map projection that attempts to preserve the size and shape of landmasses. It was popularized by the media.

The media dubbed the Authagraph as “the most accurate world map.” Flat-Earthers use it as “evidence” of the failure of science to describe the world. In reality, no world map can avoid all distortion. Authagraph attempts to preserve the accurate size and shape of landmasses at the expense of other properties.

Maps are representations of three-dimensional spherical Earth on a two-dimensional media. Therefore, there is no perfect, distortion-free map, including the Authagraph map. Authagraph attempts to preserve the sizes and shapes of landmasses, but the oceans are highly distorted. It also does not preserve accurate directions and distances. Straight lines between two far enough locations will almost never be straight anywhere.

The circles in the illustration are perfect circles, 1665 km in radius. The lines are cardinal directions from the center, spaced by 45°.