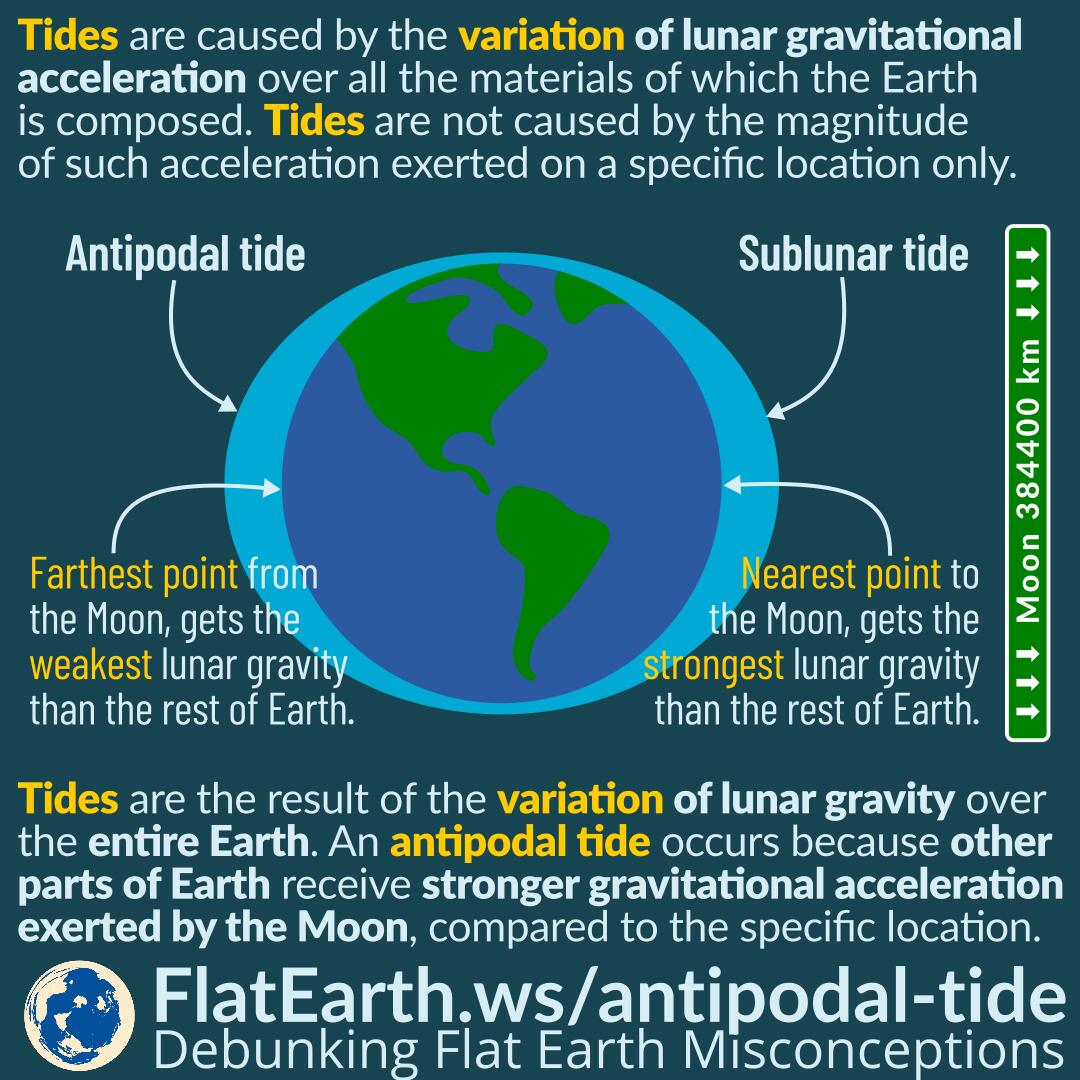 Tides are the result of the variation of lunar gravitational acceleration over all the material of which the Earth is composed. They are not caused by the magnitude of such acceleration exerted on a specific location only.

Flat-Earthers discovered that the position away from the Moon is also having a tide, not just the location where the Moon is directly overhead. Then, they were happy to proclaim that it is a failure of science to explain tides. In reality, tides are the result of the variation of lunar gravity over the entire Earth, not just the magnitude of the lunar acceleration on a single location only.

The magnitude of gravity depends on the distance. The parts of the Earth closer to the Moon are affected by stronger lunar gravity than the regions farther from the Moon. High tides on the antipodal position occur because other parts of the Earth receive stronger gravitational acceleration exerted by the Moon, compared to the specific location.