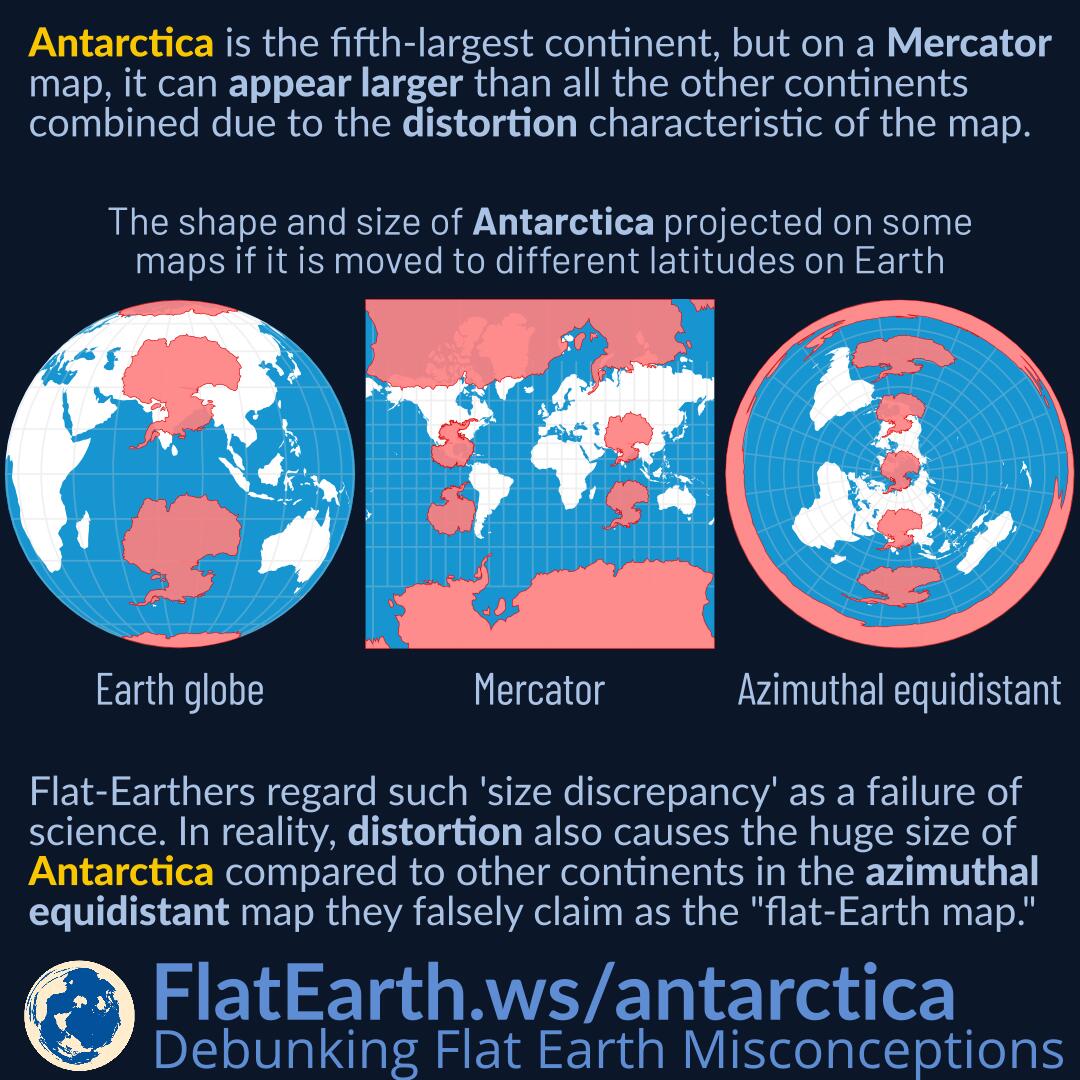 Antarctica is the fifth-largest continent, but on a Mercator map, it can appear larger than all the other continents combined due to the map’s distortion characteristic.

Flat-Earthers regard such “size discrepancy” as a failure of science to describe the world. In reality, map distortion also causes Antarctica’s huge size compared to other continents in the azimuthal equidistant map which they falsely claim as the so-called “flat-Earth map”.