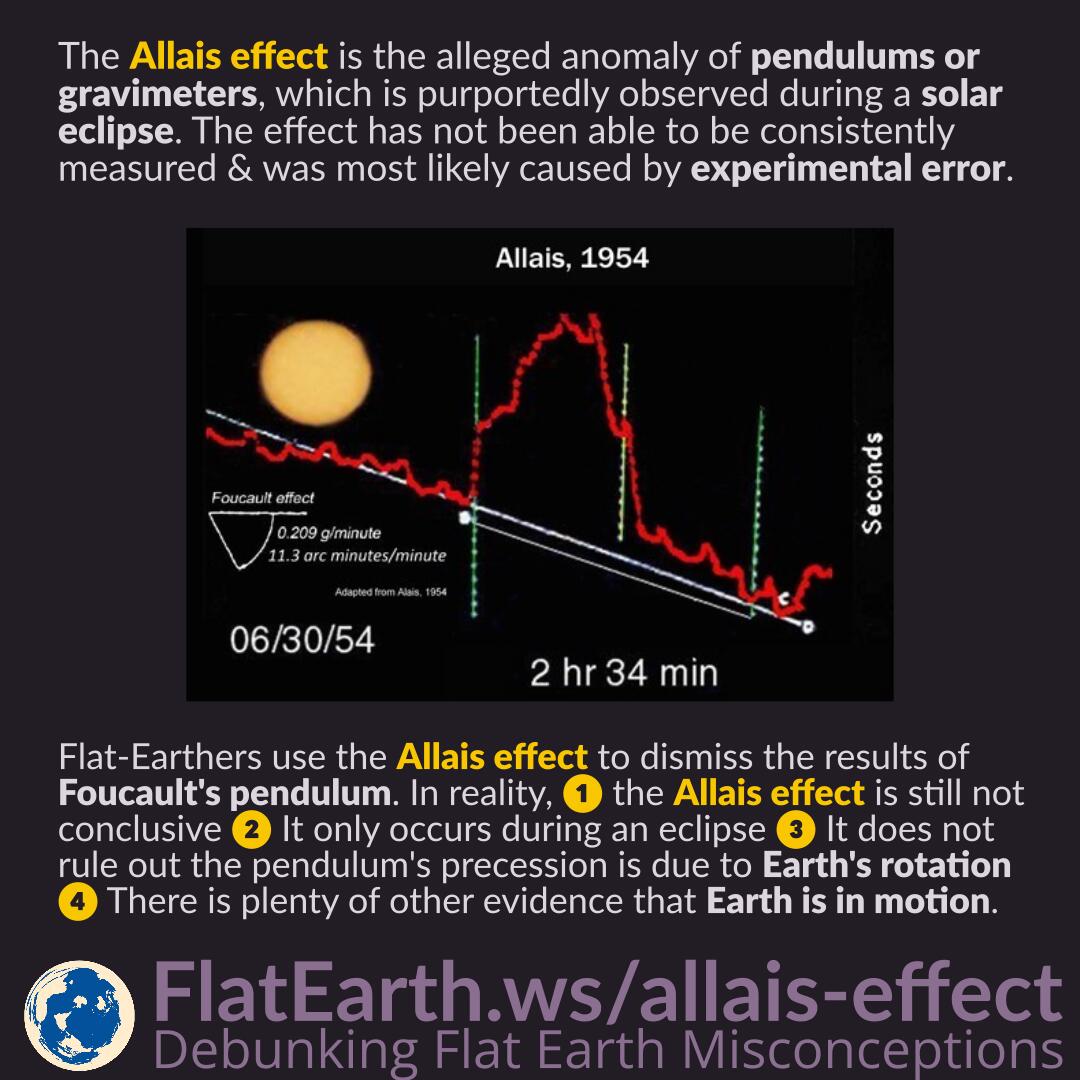 The Allais effect is the alleged anomaly of pendulums or gravimeters, which is purportedly observed during a solar eclipse. The effect has not been able to be consistently measured and was most likely caused by experimental error.

Flat-Earthers use the Allais effect to dismiss the result of Foucault’s pendulum. In reality, the Allais effect is still not conclusive. Even if it is true, it only occurs during an eclipse and does not rule out that the pendulum’s precession is due to Earth’s rotation. Not to mention that there is plenty of other evidence that Earth is in motion.