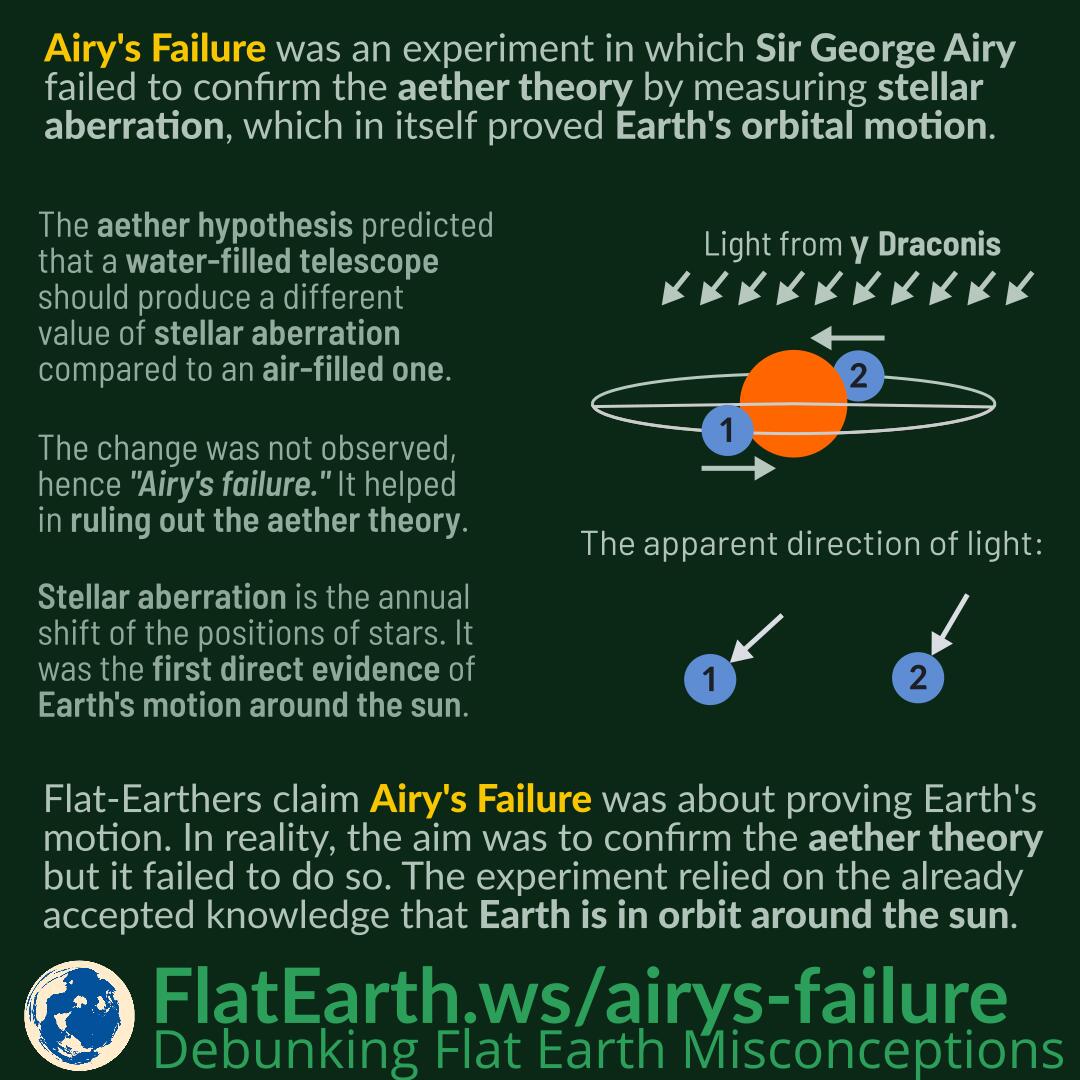 The aether drag hypothesis predicted that a water-filled telescope should produce a different value of stellar aberration compared to an air-filled one. The change was not observed, hence the name “Airy’s failure.” The experiment helped in ruling out the aether theory.

Meanwhile, the phenomenon of stellar aberration is the annual shift of the apparent positions of stars. It was the first direct evidence of Earth’s motion around the sun, first observed in 1727 by James Bradley.

Sir Airy himself was very much aware of this fact, quite obviously. This is from the first paragraph of his publication:

“The subject to which attention is particularly called is the effect that will be produced on the apparent amount of that angular displacement of a star or planet which is caused by the Earth’s motion of translation, and is known as the Aberration of Light.”