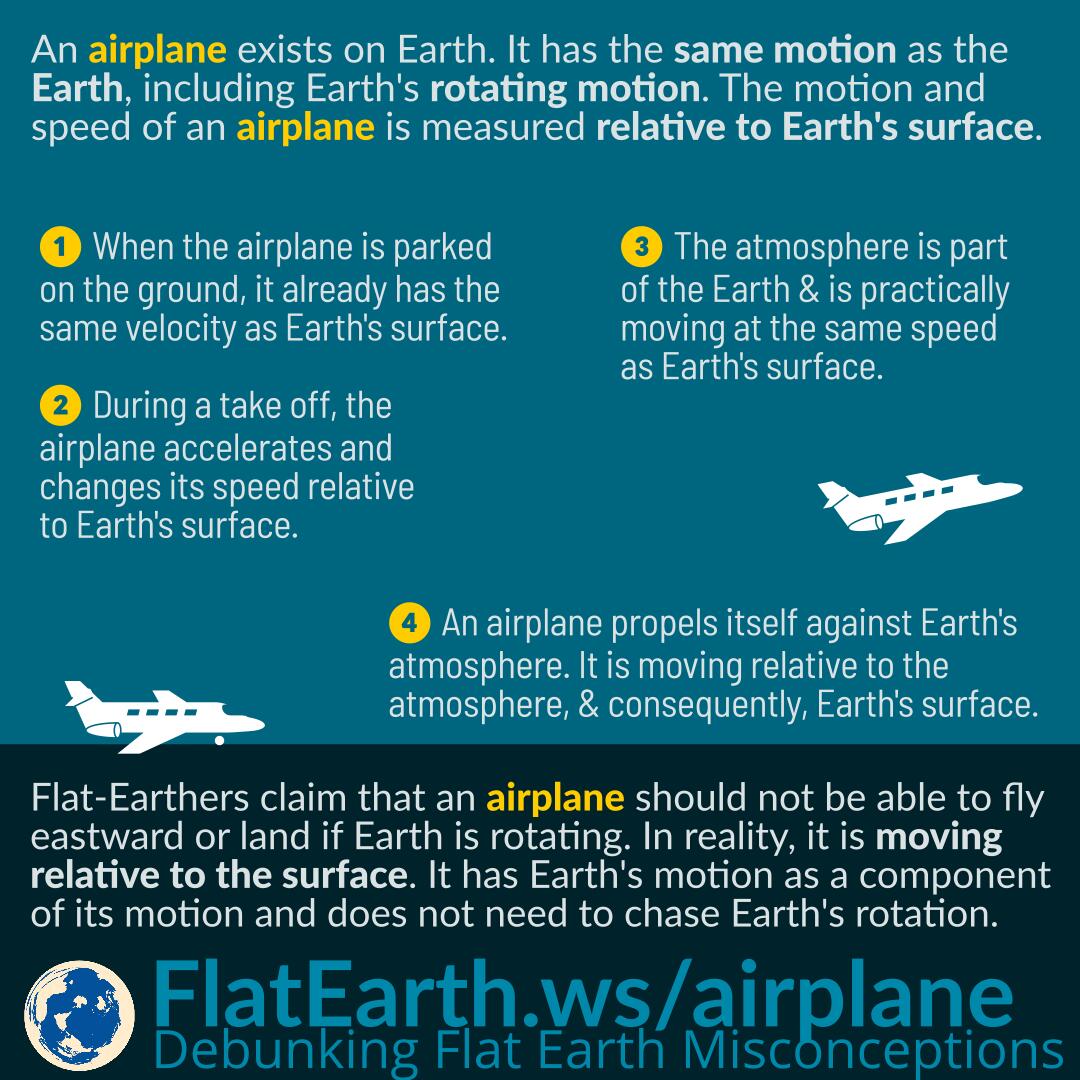 An airplane exists on Earth. It has the same motion as the surface of the Earth, including Earth’s rotating motion. The motion and speed of an airplane are measured relative to Earth’s surface.

Flat-Earthers claim that an airplane should not be able to fly eastward or land. In reality, an airplane is moving relative to the surface. It has Earth’s motion as a component of its motion and does not need to chase Earth’s rotation.

“An object either remains at rest or continues to move at a constant velocity, unless acted upon by a force.”