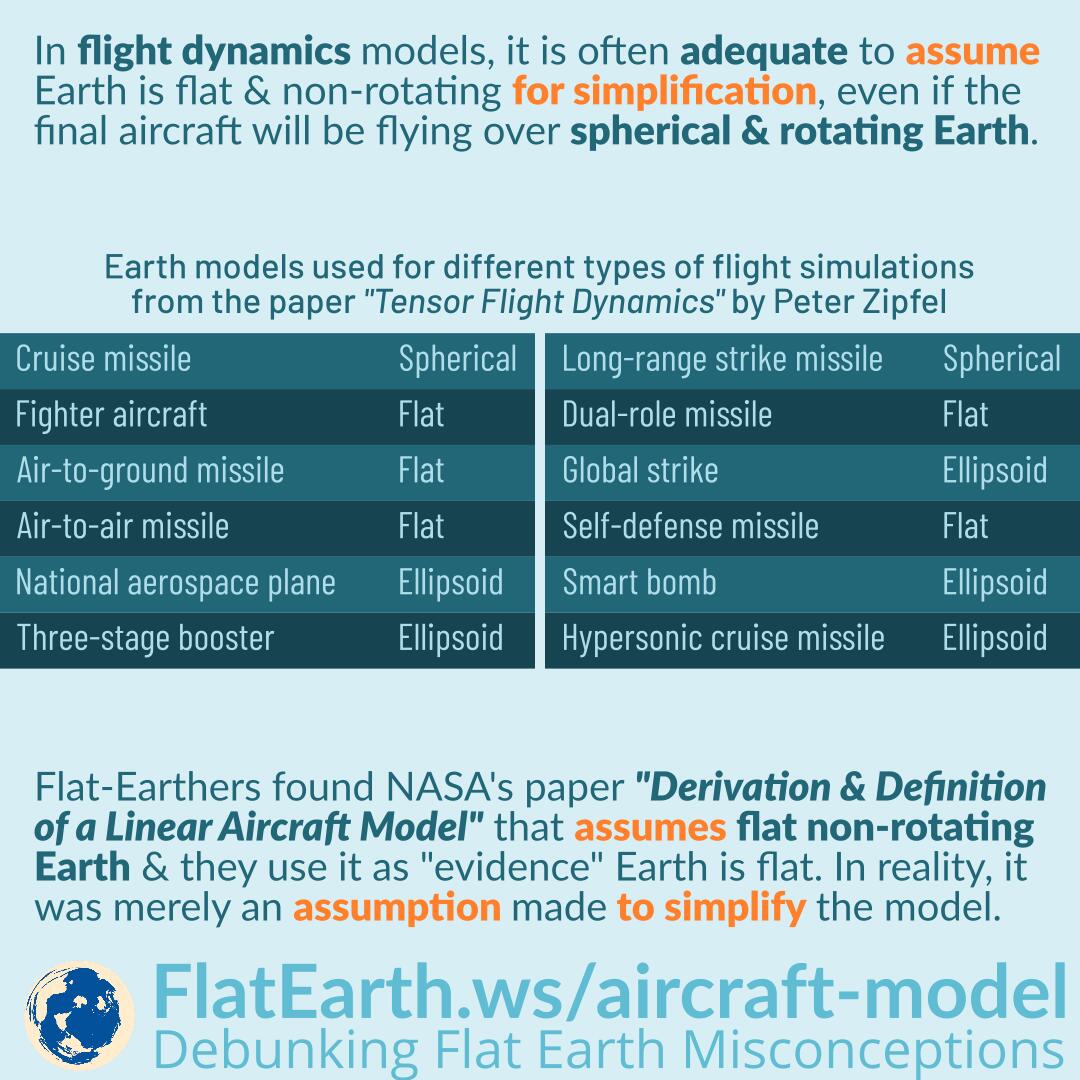 In making mathematical models, physicists often remove real-world details that have little influence over the final results for simplifications. In flight-dynamics, it is often perfectly adequate to assume Earth is flat & non-rotating, even if the final aircraft will be flying over spherical & rotating Earth.

Solving all problems in physics involves some simplification. As an example, a thrown ball is affected by many factors, including air resistance, Earth’s curvature, wind speed and direction, Earth’s rotation, Earth’s motion around the sun, the sun’s orbit around the galaxy, etc. If we want to calculate the path taken by the ball, a lot of these things can be left out, and the results will still be practically correct.

Flat-Earthers fished for the keyword “flat earth” over NASA’s website and cherry-picked the documents where it can be presented as if NASA tells us the Earth is flat. In reality, they have many more documents containing the keyword “spherical earth,” too. But flat-Earthers are not as interested.