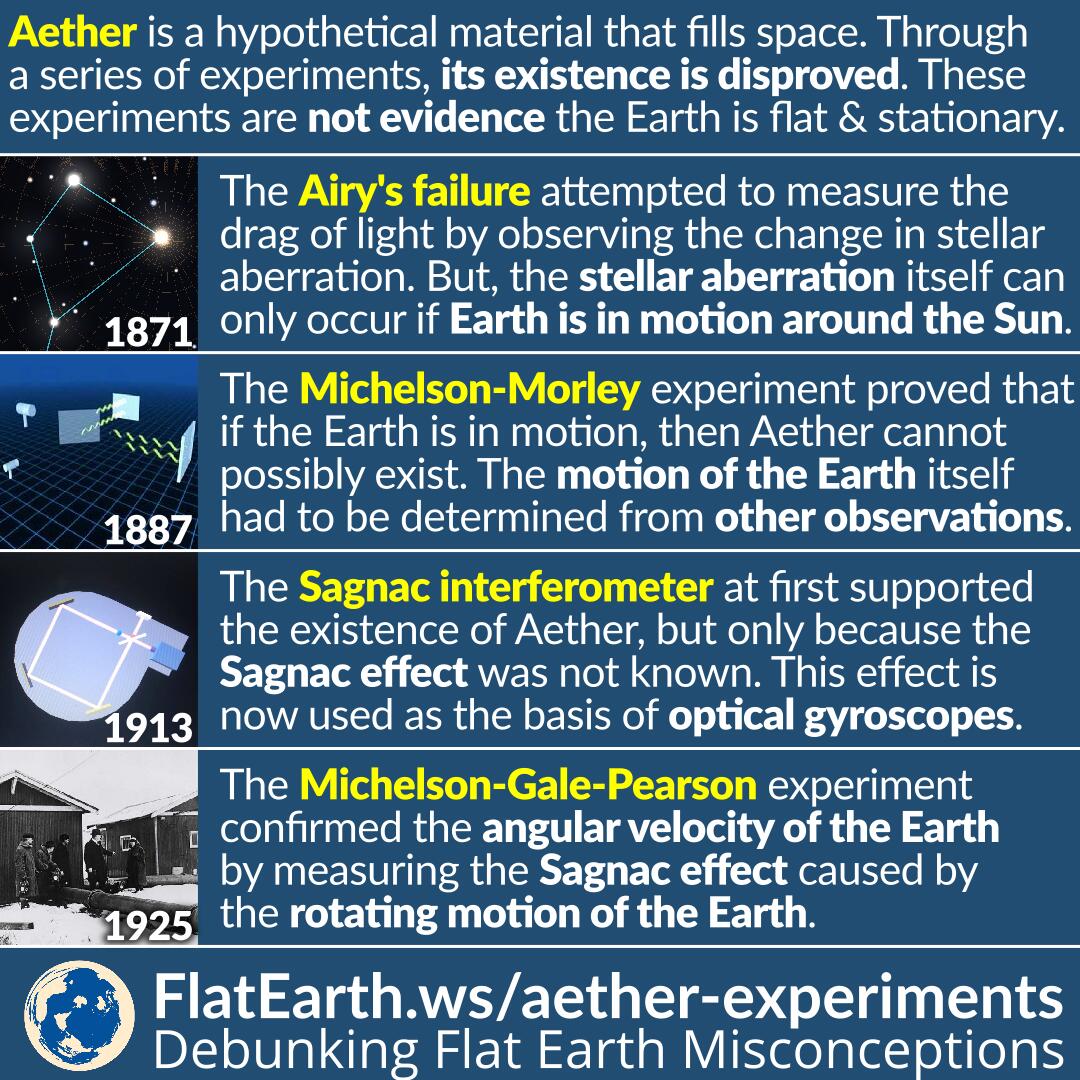 In 1871, George Airy attempted to measure the drag of light that would change the stellar aberration of light by using a water-filled telescope, instead of an air-filled one. His observation did not indicate the change exists and does not support the Aether drag hypothesis, hence the popular name “Airy’s failure.” It does not support a flat & stationary Earth as the underlying phenomenon —the annual stellar aberration— can only occur if the Earth is in motion around the Sun.

Georges Sagnac in 1913 conducted an experiment where he rotated his interferometer. He concluded the Aether exists, but only because he was unaware of what we call now the Sagnac effect. This effect is used today in optical gyroscopes, and cannot possibly be utilized had the Aether theory is correct.

The Michelson–Gale–Pearson experiment (1926) was a very large interferometer designed to detect Earth’s rotation by measuring the resulting Sagnac effect. The experiment was successful and confirmed the angular velocity due to Earth’s rotation.